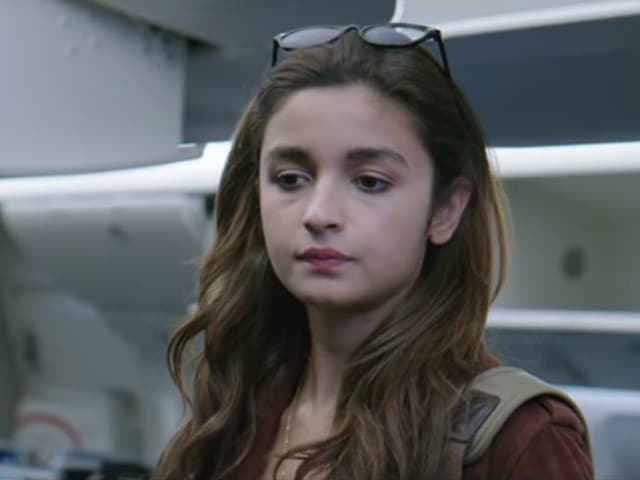 Dear Zindagi, it's always fun to watch Alia Bhatt and Shah Rukh Khan together on screen. And for those who have watched and relished Shah Rukh and Alia's first film - Dear Zindagi to the fullest - there's plenty more left to enjoy. Team Dear Zindagi have been sharing deleted scenes on the official YouTube channel of Shah Rukh Khan's Red Chillies Entertainments, and the Internet just cannot cope with it. Dear Zindagi stars Alia as an aspiring cinematographer, Kiara, who is in dire need of counselling to sail through the complications of personal life. That's when Shah Rukh's Dr Jehangir Khan or Jug steps in and comes to her rescue.
The set of deleted scenes released so far feature snippets of Kiara's random explorations with Jug and glimpses of his fascinating story-telling. Kiara can also be seen counting minutes during a coffee date, which turns out to be anything but interesting. In another video, Kiara can be seen taking a fellow passenger for a ride after she loses her calm for being referred to as "aaj kal ke bachche." The three videos capture various moods of Kiara perfectly - she appears feisty, funny and inquisitive. You can also catch a glimpse of Kunal Kapoor in one of the videos.
Video: Watch Deleted Scene Ho Jaata Hai From Dear Zindagi:

Kaira portrays the story of a young girl who battles depression and insomnia after going through troubled relationships. Alia's real-life sister, Shaleen Bhanot, had opened up about dealing with depression last year, when Alia told NDTV: "I can say that there are parts of me in the film which are inspired by her. The way she snaps the way she talks. And I told her this as well. I said a lot of this is you. Maybe I do feel very sensitive to this topic because of that. She has struggled with depression and insomnia."
Dear Zindagi is Gauri Shinde's second film after 2012's critically acclaimed English Vinglish starring Sridevi. Dear Zindagi also stars Ali Zafar and Aditya Roy Kapoor and hit screens on November 25.
Alia Bhatt, 23, is currently prepping for Badrinath Ki Dulhania, in which she co-stars with Varun Dhawan. Alia and Varun have worked together in Student Of The Year and Humpty Sharma Ki Dulhania.