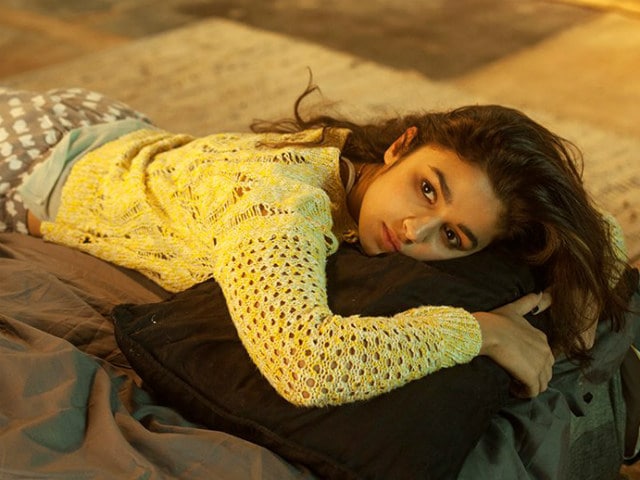 In this Friday's big movie Dear Zindagi, Shah Rukh Khan patches Alia Bhatt's shattered heart together with the band aid of wisdom. Not many of us have the privilege of a life coach mentoring us through the ravages of heartbreak IRL - but this, of course, isn't real life and Alia apparently has to cope with more heartbreak than most. Hers is a problem of plenty, in the forms of Kunal Kapoor and Angad Bedi, and she's a woman on the verge when Shah Rukh Khan appears to dispense his life hacks.
Several eyebrows were raised when the May-December casting of Gauri Shinde's film was revealed last year. SRK and Alia have 28 years between them and an age inappropriate romance was suspected. That this was not so was made clear when the first look of Dear Zindagi was posted online - as mentor to Alia's character, SRK is cast in a quasi father figure role, and appears to have the unenviable job of rescuing her from the depths of romantic despair. And despair it is, detailed in a song titled Just Go To Hell Dil.
Alia Bhatt's character, named Kaira, is an aspiring cinematographer. The trouble with Kaira is, as explained in one of the four teasers of the film, 'love, break-up, repeat.' The break-ups may not be limited to the characters played by Kunal Kapoor and Angad Bedi - actors Aditya Roy Kapur and Ali Zafar also star, though how they figure exactly in Kaira's story has not been revealed. Nevertheless, it's complicated. With or without Aditya and Ali, ae dil hai mushkil. In the song Just Go To Hell Dil, Kaira's emotional angst bubbles over in a nightclub where she dances with joyless abandon.
Watch Alia Bhatt in Just Go To Hell Dil:

The antidote to this grim state of her affairs is provided by Shah Rukh Khan, whose character Jahangir or Jug is described as an 'unconventional thinker.' Jug's prescription for Kaira includes playing kabaddi with the sea and biking away when she falls off her cycle without stopping to help.
Watch Shah Rukh Khan and Alia Bhatt in Dear Zindagi Take 1:

In Takes 2, 3 and 4, Jug recycles Kaira's jokes, is stumped by a question from her, and simplifies complex emotions.
Watch Shah Rukh Khan and Alia Bhatt in Dear Zindagi Take 2: