Dear Zindagi Take 1 has SRK, who plays a life coach, and Alia playing kabaddi 'with' the sea. The beachside setting gives way to a cycle ride down an avenue, a scene pictured on the poster that preceded the teaser of the slice-of-life film 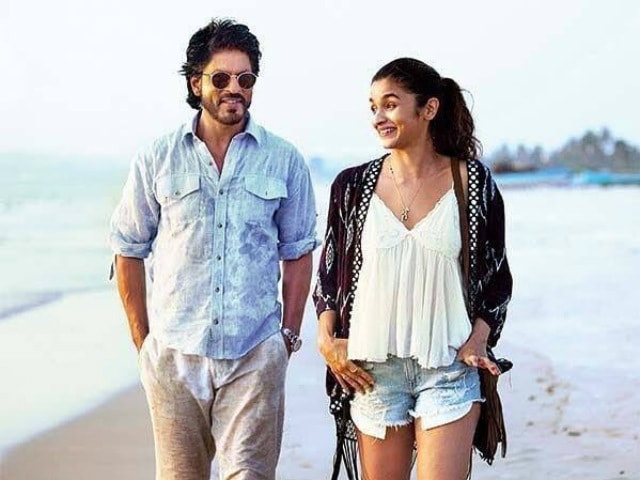 Dear Zindagi, thank you for the first teaser of Shah Rukh Khan and Alia Bhatt's film.
Dear Zindagi Take 1 has SRK, who plays a life coach, and Alia playing kabaddi 'with' the sea. The beachside setting gives way to a cycle ride down an avenue, a scene pictured on the poster that preceded the teaser of the slice-of-life film.
Alia, who says she 'wants to be free,' is also revealed as a tree-hugger in the short and crisp clip which saves the best for last - Alia toppling off her cycle and Shah Rukh Khan's inevitable one-liner.
Watch Dear Zindagi Take 1 here:

Director Gauri Shinde has confirmed that Dear Zindagi will be introduced to fans in bits and pieces - via teasers titled 'take one,' 'take two' and so on - instead of a full-fledged trailer.
In an interview with mid-day.com, she said Team Dear Zindagi have opted for an out-of-the box idea for promoting the film: "We have decided not to take the conventional route for this movie. We will release small videos titled Dear Zindagi take 1, take 2, take 3, and so on. I am not too sure if it can be called a new marketing strategy, but the idea is to invite the viewer bit by bit into the experience of the film."
Gauri Shinde also revealed that the idea was originally suggested by SRK and she simply jumped on board: "It was Shah Rukh's suggestion and I was with him on that. Some believe that trailers should clearly tell viewers the story of the film, but I feel any promotion should make them want to watch the film in the theatre to find out what it is all about. Knowing it all kills the magic of cinema."
The cast of Dear Zindagi also includes Aditya Roy Kapur, Kunal Kapoor and Angad Bedi.
Shah Rukh Khan shared the first poster of the film on Tuesday evening and the internet cannot stop crushing on it:


Thank you for the love you have given the #DearZindagiFirstLook ! pic.twitter.com/KtCpdWUBr9

Earlier this week, anticipation for glimpses of the film was effectively built up by SRK and Alia this way:

Hmmm need to figure this out? Ok gimme a little time to brush my teeth, just woke up. Getting back to u. https://t.co/i4T2PD9rbb

.@aliaa08 maybe the promise of another better day, will quell the Monday blues. Anything else???#DearZindagipic.twitter.com/f0yPdY2dNS

This @aliaa08 has no sense of timing. But I have to answer her....wherever I am. Hope the poster helps. #DearZindagipic.twitter.com/VuNfdbj3dM

Director Gauri brings Shah Rukh Khan, 50, and Alia Bhatt, 23, together on screen for the first time. Dear Zindagi is the director's second movie after the critically acclaimed English Vinglish, starring Sridevi.
SRK is currently shooting Imtiaz Ali's film after which he will begin work on Aanand L Rai's next. He also has Rahul Dholakia's Raees set for release in January. Last seen in Udta Punjab, Alia is busy with Badrinath Ki Dulhaniya, co-starring Varun Dhawan.