If the first poster of Dear Zindagi taught us to keep moving, heres another life lesson from the film in its second poster which was unveiled on Monday morning 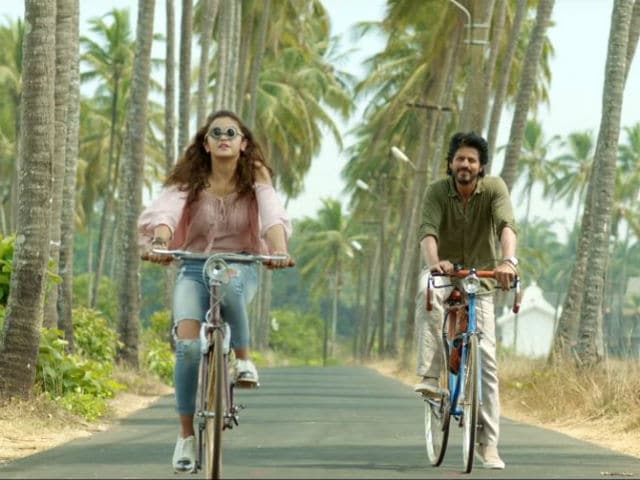 If the first poster of Dear Zindagi starring Alia Bhatt as budding cinematographer Kaira, and Shah Rukh Khan as guru and mentor taught us to keep moving, here's another life lesson from the film in its second poster which was unveiled on Monday morning.
Shah Rukh and Alia get off their bicycles to pause and take the small moments in. If the tagline is anything to go by, it's all about 'great company and even better conversations!' The new poster which serves as a preview for the second teaser of the film - Dear Zindagi Take 2 - was shared by production houses Red Chillies and Dharma Productions, along with Alia on Twitter.


Good conversations and even better company. #DearZindagiTake2 out soon! pic.twitter.com/0zgPtemWiO

The Take 2 teaser is slated to be out soon.
Helmed any English Vinglish director Gauri Shinde, Dear Zindagi has interested piqued due to its lead pair and their breezy interactions which the audience keeps getting a glimpse of on Twitter. In the film, Shah Rukh gives Alia advice, and we see the same happening in the first teaser where the actor teaches her how to play kabaddi on the beach shore, suggesting that "life is a game." We wonder what new perspective we will be introduced to in the second one.

The first look poster was released on October 18 by Shah Rukh and quickly became a top trend.


Thank you for the love you have given the #DearZindagiFirstLook ! pic.twitter.com/KtCpdWUBr9