Death and the Maiden: Finding Fanny Makes Much Ado About Dying 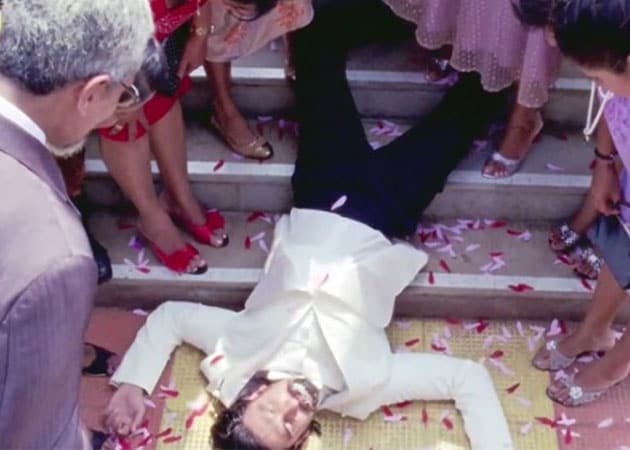 Warning: spoilers ahead. If you haven't watched Finding Fanny and intend to, read this at your own peril.

"Do you want to die never knowing what happened to the only person you wanted to spend your life with?," Deepika Padukone's Angie asks Naseeruddin Shah's character Ferdie in Finding Fanny. "Noooo," he replies emphatically, "I don't want to die."

In the end, it's really about the impermanence of all things and the importance of looking for love - whether or not one actually finds it - in a fleeting life. And so Finding Fanny has a lot to do with death.

Angie, who orchestrates a road trip in search of a love lost many years ago, has lived for six years - since she was 20 - as a 'virgin widow.' Angie's short-lived husband, the self-obsessed Gabo, choked to death on the wedding cake toppers that he thought was marzipan but turned out to be plastic (his mother was saving money).

Angie's stony-faced grief is balanced by floods of tears on the part of Gabo's mother, the fearsome and voluptuous Rosie Eucharistica, played by Dimple Kapadia. Rosie, the boss lady in town, is a widow herself (or so she puts out) - her husband having been lost at sea years earlier. This turns out to be a plausible lie that she concocted to cover up a truth much more pedestrian and bitter - he simply abandoned her for another woman. For Rosie, death is attended by the dignity that she craves and is denied by life.

Death affords Rosie other chances to rule unchallenged over her sleepy, dusty little Goan village. Like at the funeral of Arjun Kapoor's angsty, lovelorn Savio D'Gama's father. Unrelated to the D'Gamas, Rosie nevertheless inserts herself into funeral proceedings, hijacking arrangements and going so far as to colorize a black and white picture of the dead man so he would look 'in the pink of health.' "I don't think you realize this man is dead," Savio tells her. Indeed, Rosie's understanding of death has less to do with sorrow and loss and more with opportunities gained.

Casualty number one is Rosie's perma-catnapping cat Narius, suspected of narcolepsy and a major irritant to all but herself. Narius gets thrown out of the car by mistake, and fails to land on his feet (for reasons of being asleep). His unceremonious exit from the car is abbreviated by a tree - and so is his life, presumably the last of his nine. Narius' death briefly unites four of the five road-trippers - unwilling to tell Rosie her beloved pet has passed on, Angie, Savio, Ferdie and Don Pedro agree to pretend he's just asleep as usual.

Casualty number two is Don Pedro, who is inadvertently shot in the head by Rosie, falls out of the backseat of the car and into a river, sinking to the bottom - where he presumably is still. For Don Pedro, who has just completed his masterpiece of masterpieces, death may be the only fitting conclusion of his story.

Death also plays a starring role when Fanny is finally found - in a coffin, borne by pallbearers and preceded by a weeping crowd of mourners. The lesson is taught simply and clearly - life ends, people die, love doesn't. Look for love, look for happiness.