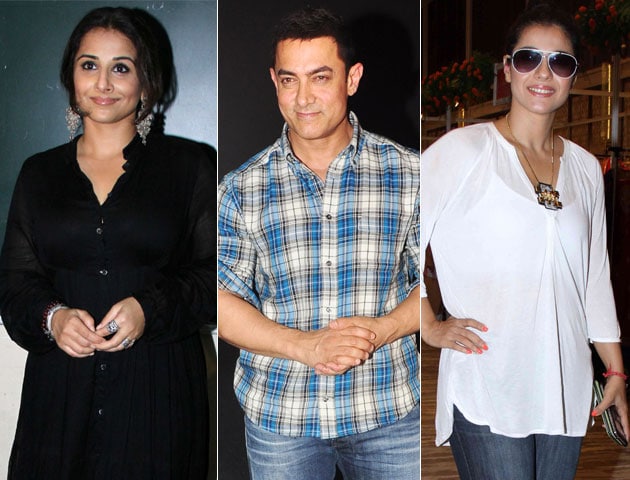 Did you know that superstar Aamir Khan had made his big screen debut playing an abysmal role in a film starring Naseeruddin Shah and Om Puri, called Holi, before featuring in Qayamat Se Qayamat Tak?

If you think Vidya Balan made her debut with Parineeta you desperatley need a refresher course in Bollywood trivia.

Actress Priyanka, who is lapping up compliments for her latest film Mary Kom, made her big screen venture rather humbly. Though the first film, Priyanka signed after being crowned Miss World in 2000 was Abbas Mustan's Humraaz, the project was shelved and later completed with actress Ameesha Patel in the lead role. Priyanka failed to impress in her silver screen debut down south in Thamizhan and didn't manage to make a mark in her 2000 Hindi debut, Hero: The Love Story of a Spy, where she romanced actor Sunny Deol and shared screen space with Preity Zinta. Priyanka's big moment came the same year with Andaaz co-starring Akshay Kumar and actor Lara Dutta, which put her on the map. 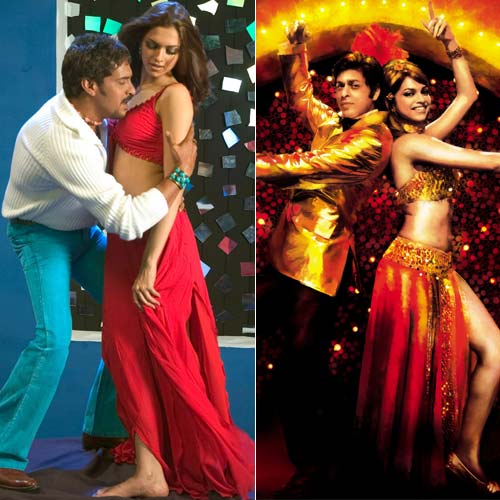 Even though actor Deepika Padukone's debut film, in Kannada called Aishwarya, was a commercial success, the diva gained popularity only after she stepped in Farah Khan and Shah Rukh Khan's camp with Om Shanti Om, which is considered as her big screen debut. Interestingly, Deepika was supposed to star in Farah's Happy New Year in 2006, which was shelved then and is now going to release October 24.

The other PC, actor Parineeti Chopra, who made a staggering impression as the headstrong Zoya in Ishqzaade, actually made her Bollywood debut as the flamboyant Dimple Chaddha in Yash Raj Film's Ladies vs Ricky Bahl. Though, Parineeti did not appear in the lead role, she made her presence felt in the short span of her role, which eventually earned her various film debut awards too.

Actor Rani Mukerji, who is basking in the glory of her recent success Mardaani, played a very strong character in her debut film too. No, it was not Kuch Kuch Hota Hai. The movie was called Raja Ki Aayegi Barat. Rani played the role of a rape victim who brings justice and restores order in her life. While Kuch Kuch Hota Hai mapped her on the graph of successful Bollywood actors, Rani had also done a Bengali film Biyer Phool and Ghulam, before becoming Karan Johar's lucky mascot.

Salman Khan immortalized Sooraj Barjatya's character Prem in his breakthrough film Maine Pyaar Kiya. A young lad so deeply in love with his father's friend's daughter, willing to fight against all odds to reunite with his love, etched the portrait of quintessential lover-boy in the Hindi film industry. However, Sallu failed to create an impact in his debut film, Biwi Ho To Aisi, starring Rekha and Farooq Sheikh. 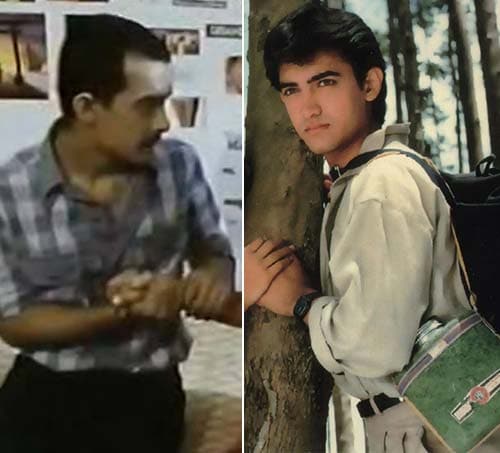 Bollywood's Mr Perfectionist was not-so-perfect when he made his debut in the film industry as a rowdy student on Holi, which also had veterans like Naseeruddin Shah and Om Puri in the lead role. Four years after Holi, Aamir made a heady comeback in his uncle Nasir Hussain's Qayamat Se Qayamat Tak. Widely considered as Aamir Khan's debut film Qayamat Se Qayamat Tak paved way for a bright and shining career for the actor in the Hindi film industry.

Bollywood's most beautiful actor, Aishwarya Rai Bachchan, also started her career down south. She was first seen in Mani Ratnam's Tamil film Iruvar, which released in tandem with her Bollywood debut Aur Pyaar Ho Gaya opposite actor Bobby Deol. Aishwarya failed to create a stir in tinsel town then, but tables turned for her after she became filmmaker Sanjay Leela Bhansali's muse, and appeared in 1999 hit film Hum Dil De Chuke Sanam.

Baazigar was, apparently, actor Shilpa Shettty's big break not Kajol's. One of the industry's most sought after performers, Kajol first appeared in Bekhudi, which was a commercial failure. However, she rose above the film's abysmal popularity and carved a niche for herself in Bollywood.

Vidya Balan became an overnight sensation in her 'debut' film Parineeta. But the actor made her silver screen debut in the Bengali film Bhalo Theko. Vidya, recently revealed on TV Show Kuch Bhi Ho Sakta Hai - The Anupam Kher Show that she went on to sign various Bengali projects, which shelved one after the other. When she had almost lost hope, Vidhu Vinod Chopra offered her Parineeta, which established her in the league of the most coveted actors in Bollywood.