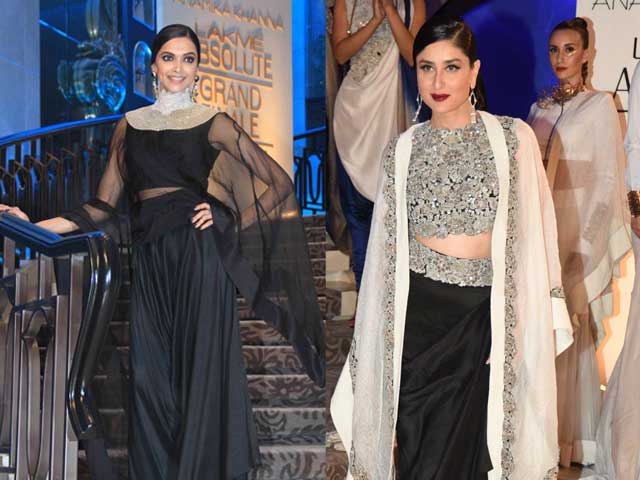 Deepika and Kareena at the Anamika Khanna Show

Bollywood actresses Deepika Padukone and Kareena Kapoor were the celebrities drafted by designer Anamika Khanna to appear at her Lakme Fashion Week show on March 22 in Mumbai. While Deepika posed like a boss in a black cropped top and wide-legged pants, Kareena descended the spiral staircase at the show in a black, silver and white ensemble. 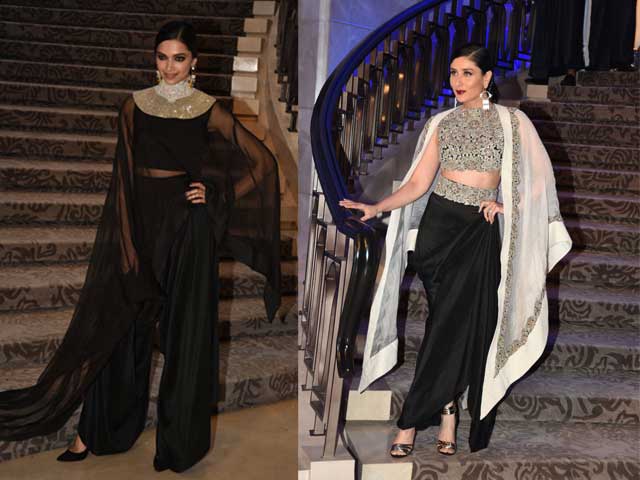 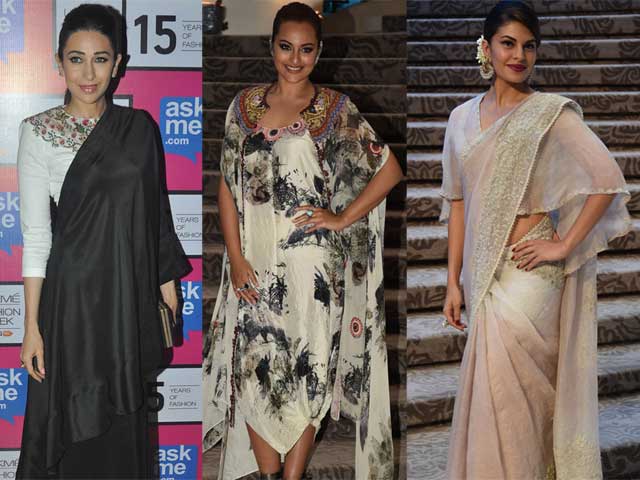 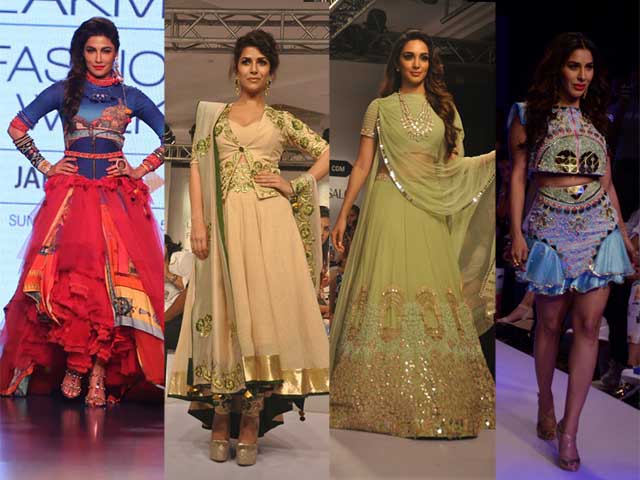 While a myriad of colors were presented on the ramp, pale shades were more popular off it. Nita Ambani, industrialist Mukesh Ambani's wife, was present with daughter Isha in subtle shades of white. Actor Saif Ali Khan looked dapper in a white suit and Simi Garewal, too, was a vision in white. 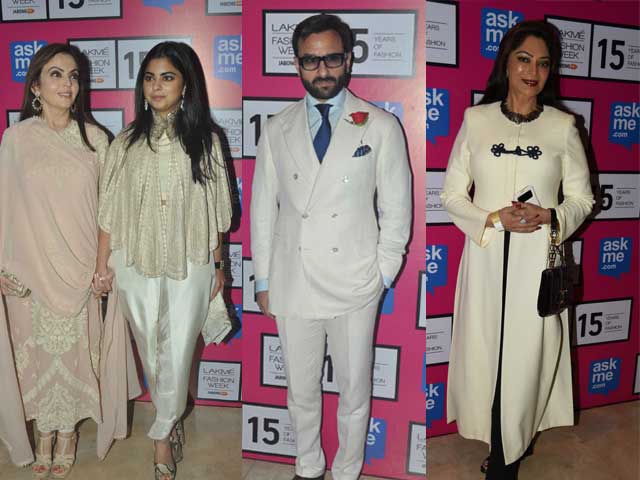 Indigo blue also seemed to be one of the favourite colours, as seen on actresses Amrita Puri and Tara Sharma. 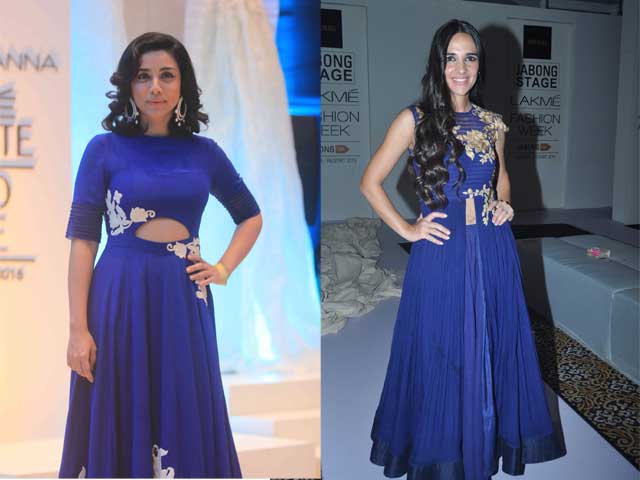 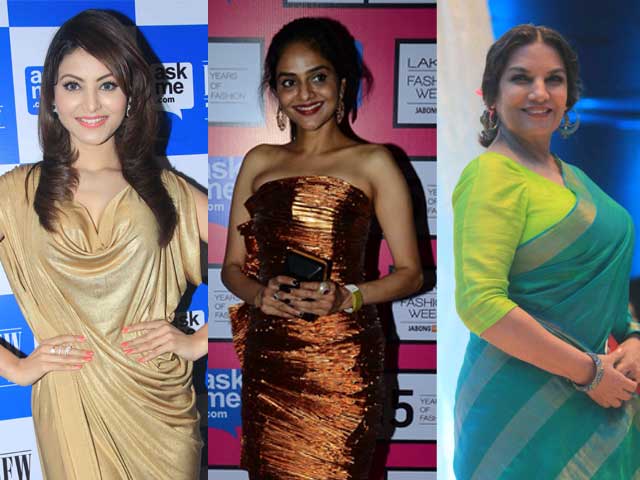