Deepika proves that she is not to be trifled with on the badminton court, even dressed in a red Nikasha sari

There are but a handful of braves in Bollywood who would willingly take actress Deepika Padukone on at badminton. Her Finding Fanny co-star Arjun Kapoor is one such and lived to tell the tale.

Deepika, daughter of former badminton star Prakash Padukone and no mean wielder of the racquet herself, played a friendly with Arjun on the sets of TV show Cinestars Ki Khoj where they were promoting Finding Fanny.

As these pictures show, Deepika is not to be trifled with on the badminton court, even dressed in a red Nikasha sari. 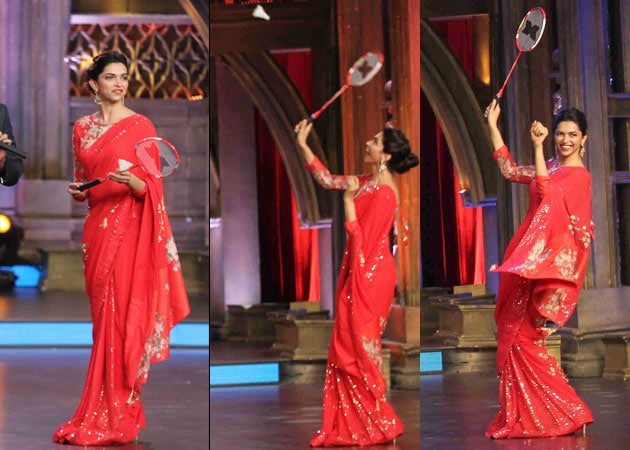 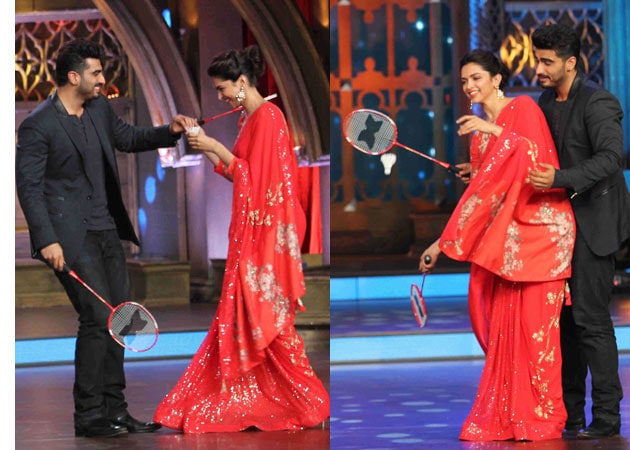 Now that's what we call a love match.

Deepika, who briefly considered playing badminton professionally before embarking on a showbiz career, has previously been spotted on high-profile courts such as in Om Shanti Om versus Shah Rukh Khan and at a charity match versus Aamir.