Deepika Padukone has a hat-trick of hits with Ram-Leela 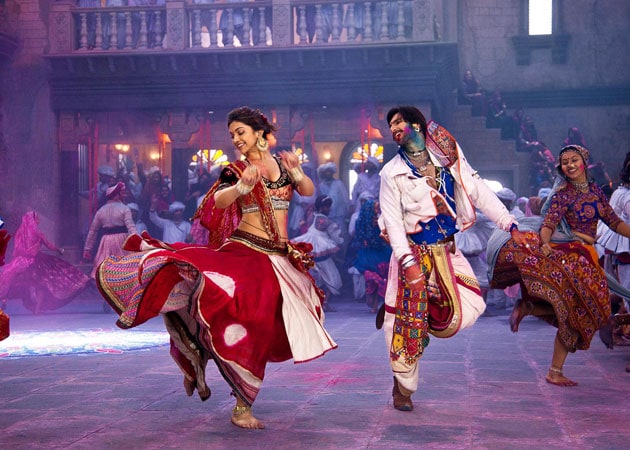 Deepika Padukone has scored a hattrick with the success of Ram-Leela and the actress is receiving plaudits from all quarters.

Deepika Padukone has scored a hattrick with the success of Ram-Leela and the actress is receiving plaudits from all quarters.
Her first big hit of the year was Yeh Jawaani Hai Deewani and Chennai Express followed it. Now comes Ram-Leela.
The three back-to-back hits boast of variety.
From playing nerdy Naina to South Indian Meenamma and now a Gujarati girl in Ram-Leela, the 27-year-old has proved her versatility with the three movies.
Sarang Chandak of Shri Rang Films said that Deepika's performance was "outstanding".
"I believe the film will have a very impressive run at the ticket windows. Deepika not only looks stunning in the film, she has also delivered an outstanding performance," Chandak said.
Rajesh Thadani of Multimedia Combines feels that Deepika has contributed to the success of Ram-Leela and added that the actress has emerged as a "sure-shot success at the box office this year".
In Ram-Leela director Sanjay Leela Bhansali presented the fresh pair of Ranveer Singh and Deepika to narrate William Shakespeare's 'Romeo and Juliet' in desi style with Gujarat as its backdrop.
Said Debashish Dey of Aum Moviez, West Bengal: "Thanks to Deepika and her success with her previous releases, the response to afternoon shows improved. Expectations are at an all-time high."
Deepika, daughter of veteran badminton player Prakash Padukone, made her Bollywood debut with Farah Khan-directed 2007 hit Om Shanti Om, where she played Shah Rukh Khan's love interest.
She then appeared in films like Bachna Ae Haseeno, Chandni Chowk To China, Love Aaj Kal, Housefull, Break Ke Baad, Aarakshan and Desi Boyz, but it was only after her bold character portrayal of Veronica in Cocktail that the industry realised her hidden potential.
She will next be seen in Finding Fanny and Happy New Year.