Deepika Padukone Hasn't Been Approached For Any Biopic Yet 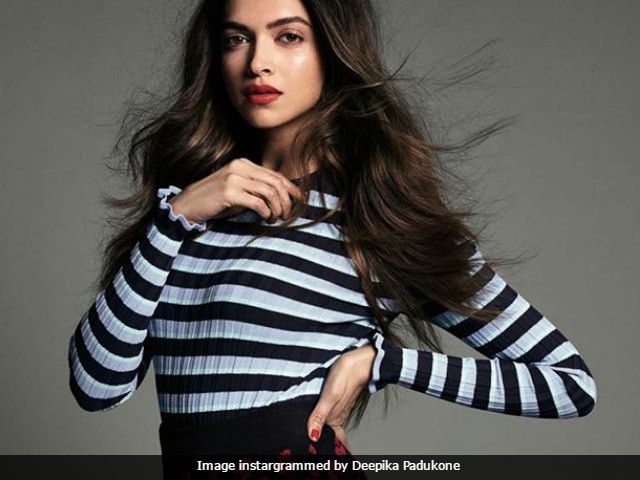 Deepika Padukone is set to make an appearance at the Cannes 2017 (Courtesy: deepikapadukone)

Actress Deepika Padukone, who is all set to make an appearance at the Cannes 2017, said that she hasn't been approached for any biopic, reports news agency IANS. Successful biopics on cricketers like Mahendra Singh Dhoni and Mohammad Azharuddin, have recently prompted Bollywood filmmakers to direct movies on Badminton. Deepika's colleague Shraddha Kapoor is now prepping to play ace badminton player Saina Nehwal while actor Sonu Sood announced that he will make a film on P V Sindhu, first Indian woman to win a silver in Badminton at the Olympics. Deepika, 31, daughter of famous Badminton player Prakash Padukone told IANS, "I have never been approached for any biopic, to be honest. I do have a background in badminton, but I have never been approached for any biopic."
Meanwhile, Sonu Sood, who co-starred with Deepika in Happy New Year, told PTI, "It feels great to make a biopic of P V Sindhu. It's a story of a girl who has inspired millions of Indians and given a message that everyone can dream big and not only dream but achieve it too by doing hard work. It's a journey that everyone has to know and be inspired." The makers of the film haven't yet announced their lead actress.
Deepika, who debuted in 2007 with Om Shanti Om, opposite Shah Rukh Khan, used to briefly play badminton before making a career in modelling. Deepika's sister Anisha had made a career in sports and plays golf.
Deepika, who has made appearances on same international events with Priyanka Chopra, was several months ago mistaken for the Quantico actress. At an event in Mumbai, she said, "It's not just about me being offended. It's you all in this room who should be offended. It's not just ignorance, it's also racist," reports PTI. Deepika debuted in Hollywood with xXx 3, opposite Vin Diesel.
The Ram-Leela actress is currently filming Padmavati, her third film with Sanjay Leela Bhansali. Padmavati also stars Ranveer Singh and Shahid Kapoor.
(With agencies inputs)