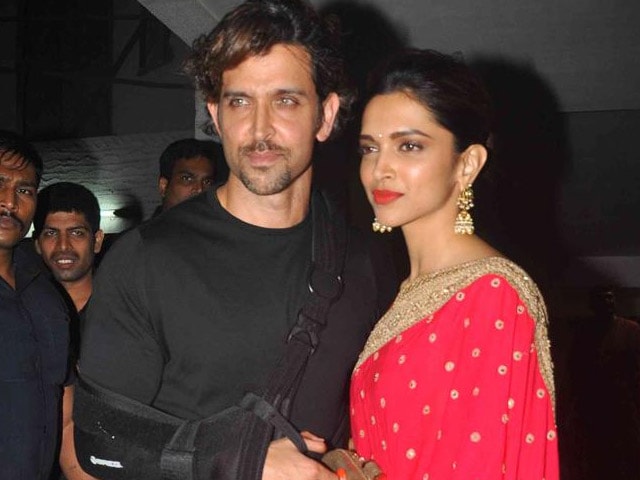 Hrithik and Deepika photographed at Aamir's Diwali party in 2014.

Every producer wants to cast Deepika Padukone, currently Bollywood's most in-demand actress, and that includes industry giant Yash Raj Films. The actress has reportedly been cast with actor Hrithik Roshan by YRF in a Vijay Krishna Acharya- directed film.
YRF was reportedly so keen to work with the PIku star that they commissioned their writers to come up with a script written for Deepika. The film is reportedly titled Victor.
This is the first time that Deepika and Hrithik have been cast together. Both have been produced by Yash Raj Films previously - Hrithik in films like Mujhse Dosti Karogi! and the blockbuster Dhoom 2, Deepika in 2008 film Bachna Ae Haseeno.
Victor, is of course, still in the works. Hrithik will next be seen on the silver screen in Ashutosh Gowariker's Mohenjo Daro with debutante Pooja Hegde. Deepika, who started 2015 with a bang in Shoojit Sircar's Piku, is all set to end it on a grand scale in Sanjay Leela Bhansali's Bajirao Mastani. She is also busy shooting for Imtiaz Ali's Tamasha.
Watch: