Deepika Padukone: I Thought Irrfan Khan Would Look Down Upon Me 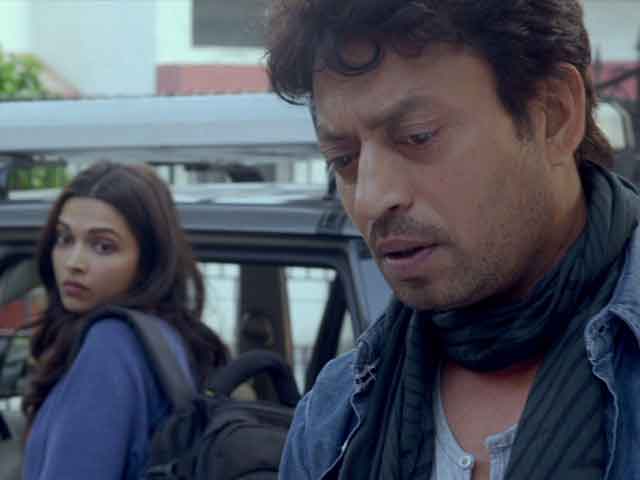 A still from Piku

Given his acclaimed stature as a performer, actress Deepika Padukone felt her Piku co-star Irrfan Khan would not interact with a "commercial heroine" like her. (Also read: There's a Little Bit of Piku in All of Us: Deepika Padukone)
Deepika, 29, who is paired opposite Irrfan for the first time in the Shoojit Sircar-directed film, said he proved her wrong with his unassuming and humble nature.
"I met him for the first time on the film's set. The movie is about discovering relationships and Irrfan and I actually discovered each other during the shoot. It was one of those experiences when I was enacting what I was living.
I thought he would be an intense actor, an intense person, everything about him is intense, courtesy media's perception. I thought he would be stern and not interact and look down upon me thinking me being a commercial heroine. But he is very different from that," Deepika told reporters in Delhi.
The Ram Leela actress admitted that over the course of the film's shooting, she became an admirer of Irrfan's sense of humour.
"He is humorous. There are similarities between us like he is also shy. He talks less but when he speaks, it is very funny. I think his comic timing is pretty untapped. And no amount of explanation can give justice to the fine talent that he is," she said.
Deepika plays Piku Banerjee, an independent working woman based in Delhi and megastar Amitabh Bachchan stars as her father Bhashkor Banerjee in the film.
The Yeh Jawaani Hai Deewani star credited Irffan and Mr Bachchan for making her comfortable on the set and said they reminded her of Shah Rukh Khan, who also put her at ease during the filming of her debut film Om Shanti Om.
"Irrfan and Amitji have a lot to contribution to the film by making me feel comfortable in their presence. It was similar to how Shah Rukh made me feel during Om Shanti Om. I never felt intimidated. They are so comfortable with who they are," she said.
The actress said her character was challenging and the start-to-finish manner of shooting was a new experience for her.
Piku was a challenging character because she is very chaotic, she tries to multi-task and with that I had to say dialogues too so it was a new experience for me, it was almost a theatre-like experience. I have learnt a lot from this film.
"It was such a calm, peaceful shooting experience and we shot it linearly so on the last day we all were like 'When will we get to meet each other again?' We knew we would miss each other a lot. It was extremely pleasant shooting for Piku," she said.
Piku hits theatres on May 8.