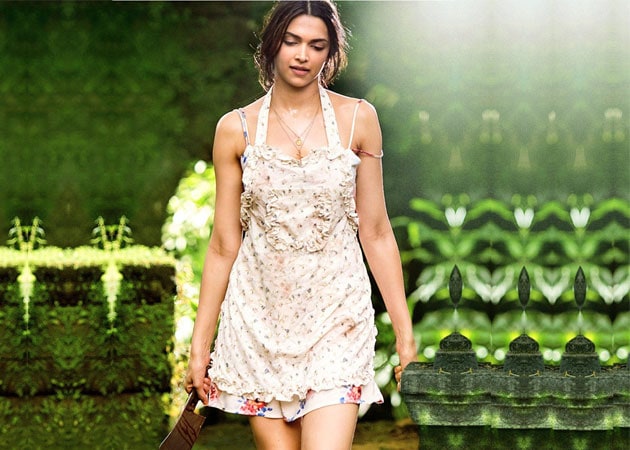 While Deepika may still be looking for the mysterious Fanny, she has already found her film in hot water of sorts.

Deepika Padukone, currently the darling of the Bollywood box office, stars in the much-awaited Finding Fanny, out this Friday. While she may still be looking for the mysterious Fanny, she has already found her film in hot water of sorts. The 28-year-old stress is, however, no stranger to handling controversy.

1. The Censors objected to the use of the word 'virgin' by Deepika's character Angie - who plays a 'virgin widow' in Finding Fanny. They cut the scene from the film but have now recently changed their mind and allowed it to stay. The Censor Board has also edited out a scene featuring Dimple Kapadia's outsize derriere. Meanwhile, the Delhi High Court has been asked by a petitioner to ban the film on the grounds that the word 'Fanny' in the title is 'vulgar'.

2. Last year, Deepika's film Goliyon ki Rasleela Ram-Leela faced no end of trouble over its name - which was changed three times from its original Ram Leela - from religious groups who alleged that it implied the film was a depiction of the life of Lord Ram.

3. Earlier in 2013, Deepika's Tamil accent in the blockbuster Chennai Express was heavily criticised as sounding more Malayalee than Tamil. The film was also panned by some as spoofing South Indians - an allegation that Deepika, with the rest of the cast and crew, denied strongly.

4. 2011's Dum Maaro Dum included a steamy song the lyrics of which were considered so objectionable that Deepika, who was making an item appearance, reportedly refused to shoot the number until it had been rewritten and watered down somewhat.

5. Deepika created a stir when she said that ex-boyfriend Ranbir Kapoor should endorse condoms on a controversial episode of Koffee With Karan. The comment triggered an unflattering conversation about Ranbir between Deepika and her fellow guest Sonam Kapoor, one that later prompted Ranbir's father Rishi Kapoor to slam the two actresses publicly.