Deepika Padukone May Not Get Equal Pay As Her Male Co-Star But I Do: Richa Chadha

Richa Chadha says actresses in 'her league' gets equal pay as their male co-stars, but "I do understand that Deepika Padukone or Anushka Sharma might feel that they are not paid at par with their actors" 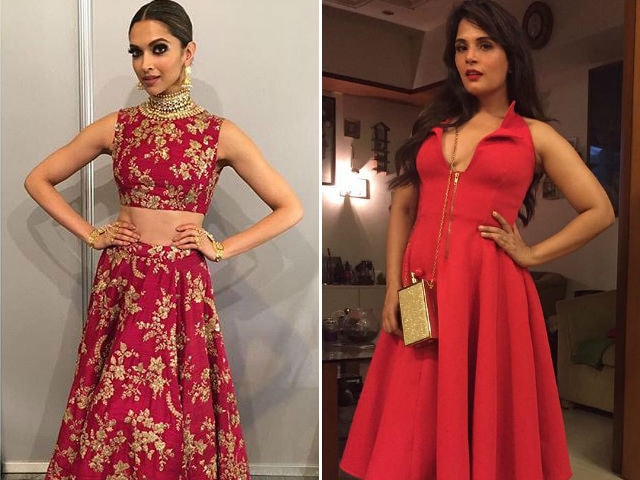 Richa Chadha, who started her Bollywood career as a supporting actress in 2008 with Oye Lucky Lucky Oye is one such star, who has always experimented with her characters in all the films she has done so far. Though, her performances are often underrated, but the 30-year-old actress feels that that she gets paid equal to her male co-stars and she is happy with it. Disparity in pay structure between the male and female stars in Bollywood is one issue that has always been discussed exhaustively. In an interview to news agency IANS, Richa said that the pay structure of actresses in Bollywood is driven by their box office worth.
"What I get paid is equal to what my male co-stars make," said Richa to IANS. However, she confessed that in Bollywood, the actors don't get paid according to their experience or talent.
Citing Vidya Balan's example, the Gangs of Wasseypur actress said, "I remember after Kahaani, Vidya signed a film with Emraan called Ghanchkkar and she made a big deal that she had to be paid at par with her male co-star. I think Bollywood respects box office and that's the reality," Richa told IANS.
Richa, who rose to fame after Gangs of Wasseypur delivered was first seen as a lead actress in Masaan in 2015. Her role was appreciated massively and also at the 2015 Cannes Film Festival. She also appeared in the biopic of Charles Sobhraj, Main Aur Charles, where she played Charles' girlfriend.
Furthermore, Richa added that she is happy with her pay structure and this issue doesn't arise in her league. "As far as I am concerned, I have not faced any such problems. It doesn't happen in my league, but I do understand that Deepika Padukone or Anushka Sharma might feel that they are not paid at par with their actors because they are superstars. I don't think it happens at my level. What I get paid is equal to my male co-stars and I am quite happy with it," she told IANS.
Richa last appeared in Sarbjit, along with Aishwarya Rai Bachchan and Randeep Hooda, where she played the role of Sarabjit Singh's wife.
Her upcoming projects include Pooja Bhatt's Cabaret, where she stars as the female lead. Also, she will be seen in Sudhir Mishra's version of the Devdas saga, titled Aur Devdas.
(With inputs from IANS)