"I think compliments are always great especially when it comes from your contemporaries it is even better. Thank you for that. I have always appreciated and admired her in her life and career," Deepika Padukone said 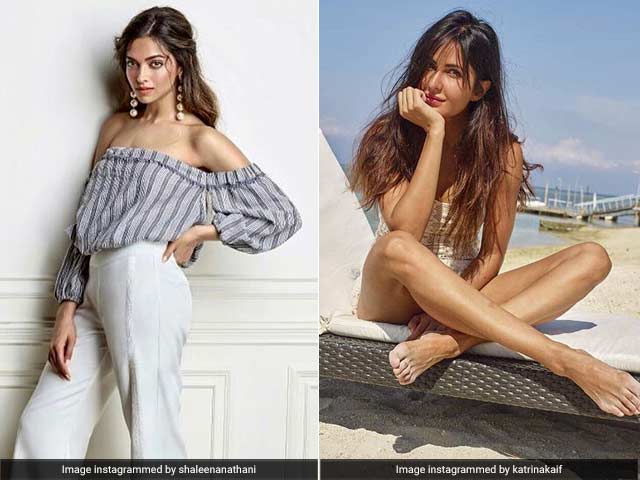 Actress Deepika Padukone was recently complimented by colleague, fellow actress Katrina Kaif, for her stunning appearance in the title song of Raabta. Now, the 31-year-old actress has thanked Katrina for her honest review, saying: "I think compliments are always great especially when it comes from your contemporaries it is even better. Thank you for that. I have always appreciated and admired her in her life and career," reported PTI. Earlier this week, Katrina said she loved Deepika's look from Raabta in a rapid fire interview with Pinkvilla. However, for those who need a refresher on the Deepika-Katrina connection, read on.
In 2013, Deepika Padukone dated and broke up with Ranbir Kapoor, who was also seeing Katrina Kaif until sometime last year. Talking about Katrina's journey in Bollywood, Deepika added that she only has admiration for the Fitoor star. "I am sure it's not been an easy journey and I have always appreciated and admired that," Deepika told PTI.
Earlier, Katrina had earned a good review from Deepika for her unabashed reactions when asked about her on Koffee With Karan season 5. Show host Karan Johar served a loaded query to Katrina and Anushka Sharma - if they ever considered Deepika a 'good friend.' There was pin-drop silence on the show followed by a diplomatic avoidance of the question. In a tweet, Deepika gracefully acknowledged that the answer to that question was an unspoken no.


these girls were on fire! what a fun episode... https://t.co/BmWqWE4fXT

Deepika Padukone recently made a dreamy appearance at the Met Gala in New York and will next be seen in Sanjay Leela Bhansali's Padmavati. Katrina Kaif is currently awaiting the release of her new film with Ranbir Kapoor Jagga Jasoos and is also shooting for Tiger Zinda Hai.
Meanwhile, directed by Dinesh Vijan, Raabta features Sushant Singh Rajput and Kriti Sanon and hits screens on June 9.
(With PTI inputs)