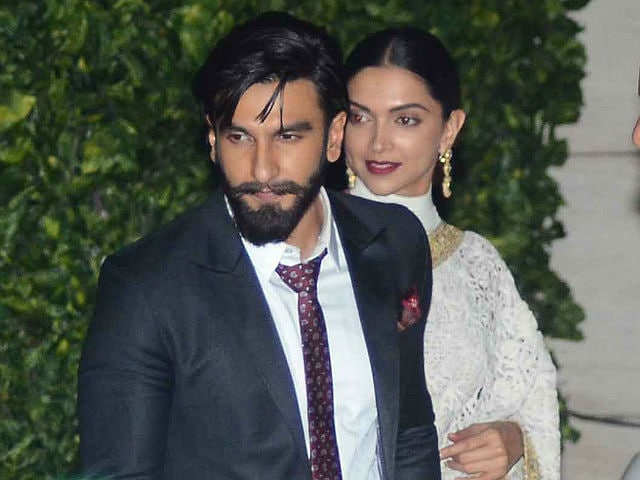 Ranveer Singh and Deepika Padukone at Ambanis party in Mumbai.

It was a good night for stargazing in Mumbai on Thursday. A pre-wedding party was held for Mukesh Ambani's niece Isheta at Antilla, the Ambani residence, and the glittering guest list was packed with marquee names from the film fraternity - Deepika Padukone and Ranveer Singh (more about them soonest), Amitabh Bachchan, Shah Rukh Khan, Aishwarya Rai and Abhishek Bachchan, Aamir Khan, Alia Bhatt, John Abraham, Sonakshi Sinha and others. Sachin Tendulkar attended with wife Anjali. Isheta is the daughter of Mukesh and Anil Ambani's sister Dipti and Goa-based businessman Raj Salgaocar. She will marry diamantaire Nirav Modi's brother Neeshal in Goa next month.
Impressive as the celeb roll call was, it was hard not to focus on the picture below of actors Ranveer Singh and Deepika Padukone, holding hands, making nonsense of all those break-up rumours that have insisted for some months now that this particular showbiz romance - never formally acknowledged by either Ranveer or Deepika - was over. Deepika, wearing a Rohit Bal sari, and Ranveer arrived and exited together and all seems to be well between them. 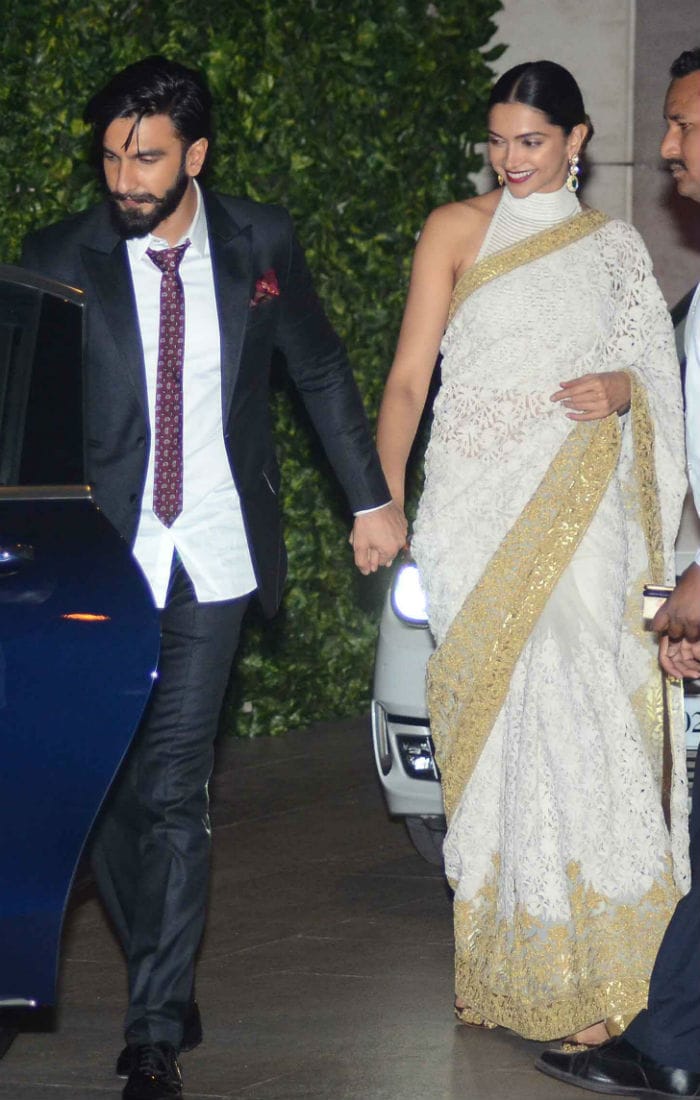 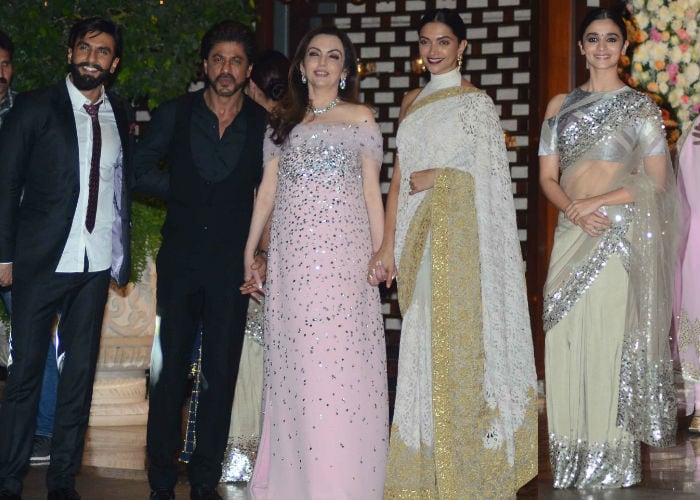 The first family of Bollywood were represented by patriarch Amitabh Bachchan, son Abhishek and daughter-in-law Aishwarya, looking rather bridal herself in a red Manish Malhotra lehenga. 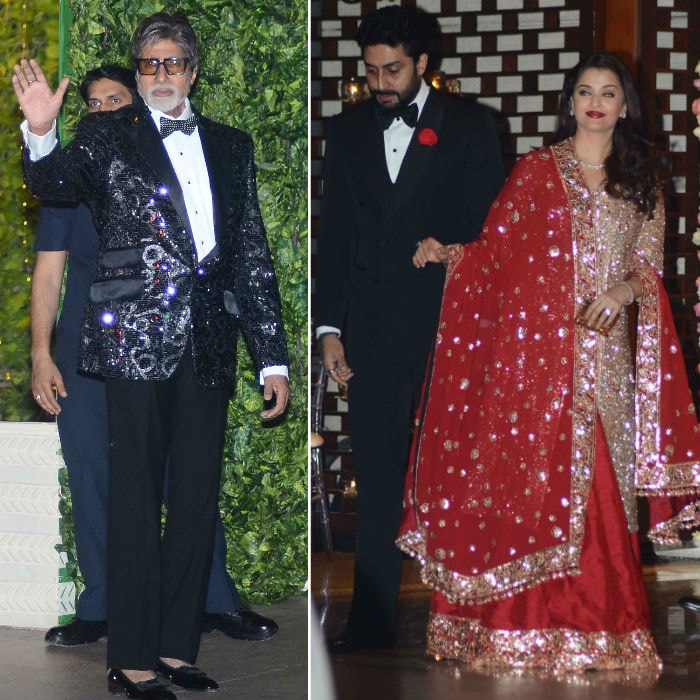 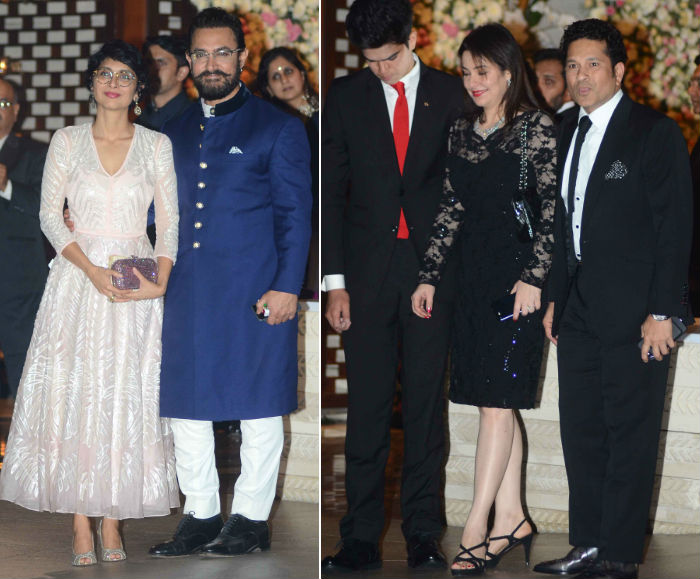 Aamir Khan and Kiran Rao, and Sachin Tendulkar with Anjali and Arjun photographed in Mumbai 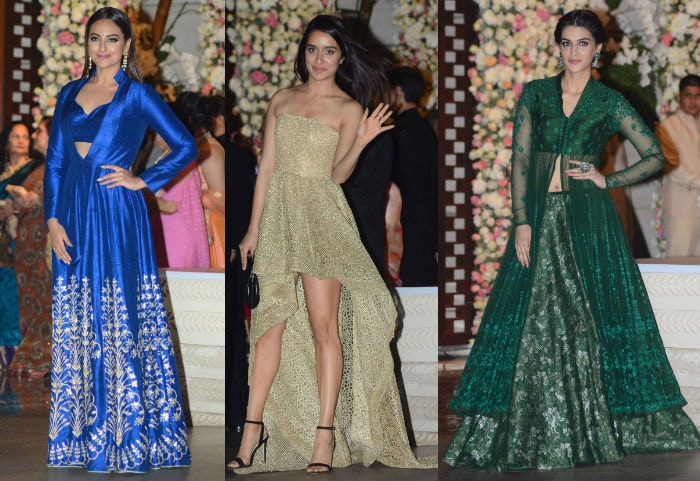 Sonakshi Sinha, Shraddha Kapoor and Kriti Sanon at the Ambanis party in Mumbai 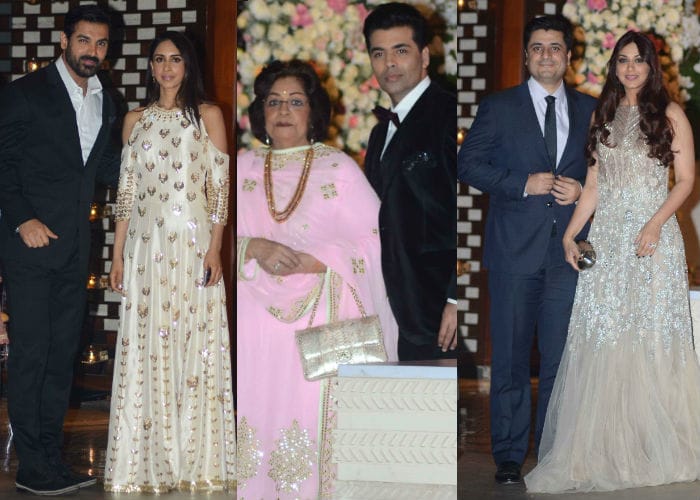 The Ambanis were also caught on the cameras. Nita Ambani welcomed her guests and was pictured embracing Deepika. Mukesh Ambani was photographed with mother Kokilaben and son Anant. 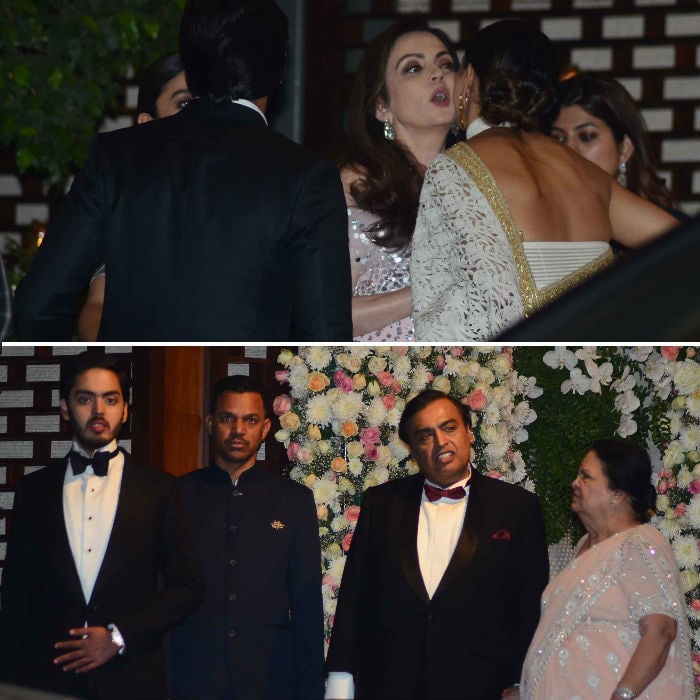 Deepika at the Ambanis' party in Mumbai

Anil Ambani and his wife Tina were also spotted being driven to Antilla. 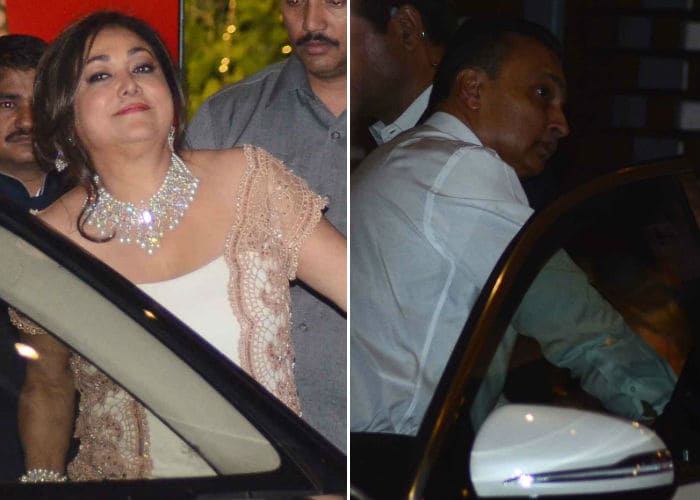