Deepika Padukone Reveals Her Fondest Memories of Her Father 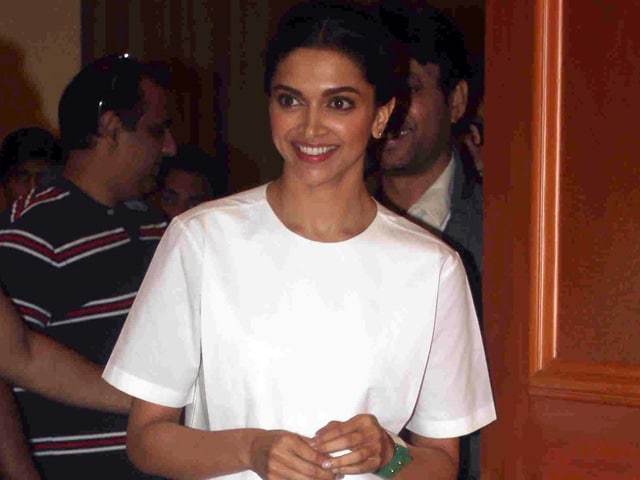 Deepika Padukone at an event in Mumbai for the promotion of Piku.

"When I used to misbehave and my mother used to shout at me, then he was forced to punish me," Deepika said

Actress Deepika Padukone, who plays a "chaotic" daughter in forthcoming comedy-drama film Piku, said that whenever she tries to recall her fondest memories with her father, ace shuttler Prakash Padukone, she thinks of him in a lungi.
The 29-year-old, who was in the capital on May 4 to promote Piku along with her co-star Irrfan Khan and director Shoojit Sircar, said the movie has been a "challenging" and "learning" experience for her.
"My fondest moment of me with my dad, every time I think of my dad, I think of him in a lungi. When I used to misbehave and my mother used to shout at me, then he was forced to punish me," Deepika said.
"We had a store room in our home where he used to lock me for two-three minutes, and then he used to feel bad and take me out," the daughter of the former badminton player added.
Piku explores the beautiful relationship of a father (played by megastar Amitabh Bachchan), who deals with the problem of constipation and a daughter (Deepika), while Irrfan plays a mediator of sorts between the two.
Taking about her character in the film, Deepika added, "As a character, it was very challenging for me because Piku is a chaotic girl. She tries to balance a lot of things at a time. I had to do too many work at one time - speak dialogues, give expressions, put clothes in washing machine. It was a new experience for me where I got a change to learn a lot."
Asked how it was working with Big B and Irrfan, Deepika said: "I never expected that I'll get a chance to work with both Irrfan and Amitji in a film. I've learned a lot from them. It's been a very pleasant experience.
"I always thought Irrfan is an intense kind of a person. He does intense roles. Everything about him is related to intense. When I met him for the first time on the set, I thought he would be stern and be very serious. He doesn't say much, but when he says something he is extremely humourous. He has a great sense of humour and his comic timing is pretty untapped."
On his experience on working with Big B, Irrfan said, "I've a lot of memorable moments with him. He used to add a plus point to scenes with his suggestions. I've seen his side which I never thought of. He used to behave like an obedient school child on set. While working with him it never feels like he is a veteran person with that amount of experience.
"I worked first time with many people in this film, like with Shoojit, Moushumi (Chatterjee) and Deepika. Life was waiting for me to take up this role and I took it as a gift. Piku is a gift for me," he said.
Why was Piku chosen as the title for the film?
"Piku is actually a unisex pet name in Bengali. We thought it's a nice and sweet name. There was no reason behind choosing it," said Shoojit.
"I think we can find a person in every home who has the problem of constipation. Normally it's a very drawing room topic. Nobody wants to talk about it outside. But the message behind the film is keep calm, stay stress free. Don't act like Bhashkor Banerjee (Amitabh).
"Also, the film shows how a daughter has become crucial for her father. But we have not tried to give any message through it. It's a family entertainer," he added.
Piku will release on May 8 along with comedy caper Kuch Kuch Locha Hai starring Sunny Leone and Ram Kapoor.