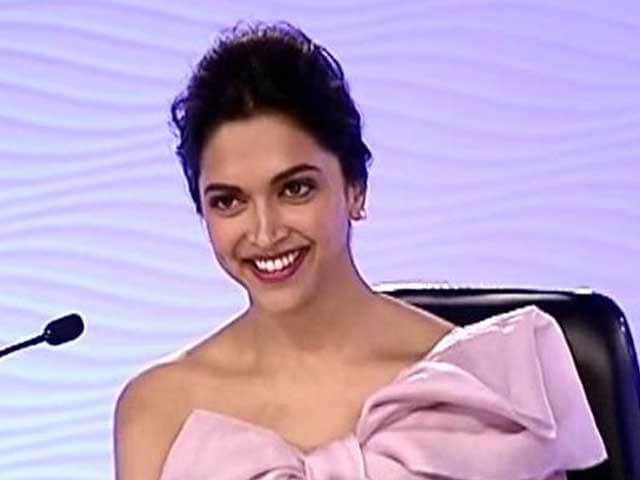 Deepika spoke about the performances she admired

It was briefly a mini version of TV chat show Koffee With Karan at the Hindustan Times Leadership Summit with actress Deepika Padukone finding herself put on the spot by director Karan Johar who was moderating a session on cinema with the Happy New Year star and actor Aamir Khan.

Asked if there was a recent performance by an actress that she admired, Deepika cited Hollywood star Cate Blanchett's work in Blue Jasmine. In mock surprise, Karan Johar said, "Not Sridevi? Every actress, when asked, says she admires Sridevi's work." He then cornered Deepika by asking her what she thought of actress Katrina Kaif's performance in Dhoom: 3.

Deepika answered, "She was fantastic. She's one of the most hard-working people I've ever known."

The back story here, familiar to most Bollywood fans, is based on Deepika's former boyfriend Ranbir Kapoor who is reported to be dating Katrina. Some seasons ago on Koffee With Karan, Deepika blamed infidelity on Ranbir's part for the end of their relationship.

Just before Deepika was quizzed about Katrina, Aamir said Ranbir was one of his favourite actors. "I love watching other stars. I loved Ranbir's work in Barfi! and I enjoy watching his films. I loved Sanju's (Sanjay Dutt's) work in Munnabhai," Aamir said.

As the session wound up, Karan Johar found the tables turned on himself. A question from the audience asked him to choose his favourite Khan as well as his favourite actress between Deepika, Katrina and Kareena Kapoor. When begging off answering pleading that time was up didn't help, Karan glibly said, "When it come to choosing between the Khans, I always say you never choose between greats. And when it comes to Deepika, Katrina and Kareena, the one who in your right is always right. So I'll say Deepika."

This earned Karan Johar a peck on the cheek from Deepika, who was seated on his right.