"It is a good looking pair and they should definitely do a film. I think Sid and Deepika will look amazing together. And every day there is a new rumour, Deepika with Sid and Deepika with Fawad (in a film), so I think this has to happen very soon," said Karan Johar, whose film Kapoor and Sons has struck gold at the box office 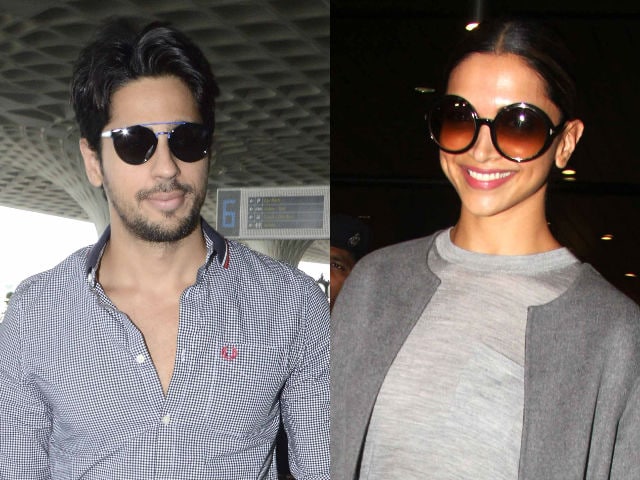 Filmmaker Karan Johar said that actress Deepika Padukone and Sidharth Malhotra should do a film together as they will look good on screen.
Karan launched Sidharth in Student Of The Year while Deepika has worked in Yeh Jawaani Hai Deewani produced by KJo's Dharma Productions.
The My Name is Khan director had recently said in a Twitter chat that the duo will make a good on screen pair.
When asked about this, Karan told reporters: "I agree. It is a good looking pair and they should definitely do a film. I think Sid and Deepika will look amazing together. And every day there is a new rumour, Deepika with Sid and Deepika with Fawad (in a film), so I think this has to happen very soon."(Also Read: Are Deepika, Ranveer in Sanjay Leela Bhansali's Next Film? Find Out Here)
Karan is currently elated with the response to his home production Kapoor and Sons.
The dysfunctional-family drama, which stars Fawad Khan, Alia Bhatt, Sidharth, Rishi Kapoor, Rajat Kapoor and Ratna Pathak Shah, got rave reviews and has done a business of over Rs 45 crore within a week.
Mr Kapoor, who plays a 90-year-old grandfather in the film, said he constantly had fights with director Shakun Batra.
"I worked on the film for 22 days and there was not a single day when I didn't fight with him on the set. You can ask the entire star cast, we used to fight every day. And not on some creative issue but only execution," he said. (Also Read: Sidharth Malhotra's Action Film 'Not Related' to Hrithik's Bang Bang!)
To which, Rajat jokingly said, "No it wasn't a fight. Fight is two way. Here it was only from one side (pointing to Kapoor)."
Pakistani actor Fawad, whose character Rahul Kapoor in the film is gay, said initially he was a bit nervous to take on the role as he was not sure how the audience would react to it.
"Honestly, the film has taught me a lot. I am not saying I was an intolerant man before, but while doing it, initially I was a little nervous. What the reactions will be, how will people think (about the role) but I had such a wonderful team that I invested my faith on," he said.