Deepika Padukone: Would Love To Be at Cannes With a Film 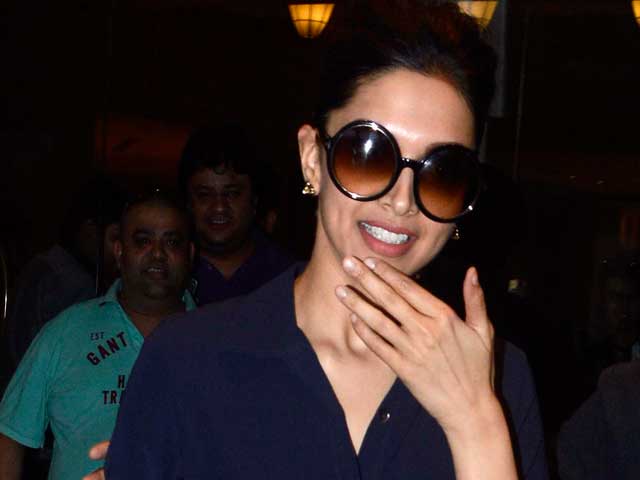 Deepika attended Cannes in 2010 to promote a liquor brand

"I have no reason to be there but I would love to be there," said Deepika

Actress Deepika Padukone, who once walked the red carpet at the Cannes Film Festival for a brand promotion, wants to be at the French Riviera again but with her film.
"I have no reason to be there but I would love to be there. I went to Cannes few years ago when I just started my career. But that was related to a brand," Deepika said on being asked if she would love to be at Cannes.
"Again if it is brand related then I don't know but I would love to go there with a film," she added.
The Om Shanti Om actress attended the Cannes Film Festival in 2010 to promote a liquor brand and made a statement in a sari.
This year, while Katrina Kaif has made her debut at Cannes as ambassador of Loreal Paris, actresses Sonam Kapoor and Aishwarya Rai Bachchan would also be walking as ambassadors for the global cosmetic brand. In fact, Aishwarya would also be unveiling the first look of her comeback film Jazbaa at the 68th Cannes International Film Festival.
Deepika, who is basking in the success of her latest release Piku, is proud of all of them being on the French Riviera and hopes to be there one day.
"It's a huge platform and I am extremely proud of Katrina, Sonam, Aishwarya and everyone there," the 29-year-old said.
"Hopefully, one day I will also be able to make it there," she added.
The Cannes Film Festival began on May 13 and it will conclude on May 24.