Deepika Padukone's Career Musings: If Not An Actor, She'd Be...

Deepika Padukone, who was ranked 10th on Forbes list of Highest-Paid Actresses said that if not an actor, she'd be a secretary 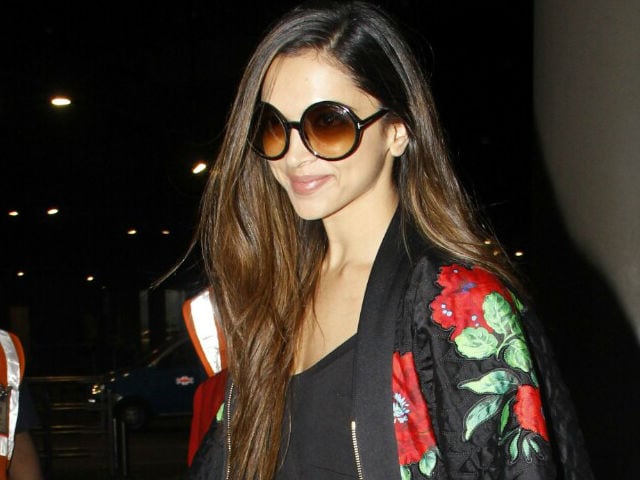 Bollywood actress Deepika Padukone was asked what would she like to be if she wasn't the superstar she is now and she gave quite an unexpected answer. "If not an actor, I would like to be a secretary; anything that involves filing, Xerox, cleaning," she told Shekhar Gupta at an event. Deepika, 31, was the final guest on the first day of the IIM - B Leadership Summit. Deepika is following her Bajirao Mastani co-star Priyanka Chopra into Hollywood but she's clear where her priorities are. "If I had to choose between Hollywood and Bollywood - home is home," she said. Deepika is all set to make her Hollywood debut opposite Vin Diesel in xXx 3: The Return of Xander Cage, which releases in January a few months before Priyanka's Baywatch with Dwayne Johnson.
Deepika said she found it 'boring' to talk about the process of acting and becoming a character - but said that several of her roles had left a mark on her. "Every character leaves a mark on me. Most was Piku, Leela, Mastani. The mark left by Piku was the mark when you sit on the pot for too long! No, it was awareness of writing skill in this country," she said.
Deepika was asked why Indian stars were reluctant to speak about political issues, unlike their Hollywood counterparts - and if repercussions faced by Aamir Khan like the dropping of endorsements had made people cautious. She said, "I don't think there is a difference between Hollywood and Bollywood that way. But if you say something that millions agree with, you are on a pedestal. Otherwise you are trolled. I will speak if I can make a difference. I speak on depression because I know it will make a difference," said Deepika, who opened up about her battle with depression last year and opened the Live Love Laugh foundation to help and counsel those in need.
Deepika talked about depression - the need to identify and seek help for it - at the event. "The conversation about mental health has changed in the last one or two years. Depression is different from a plateau feeling. Depression is different from feeling sad. One in five Indians experience depression in their lifetimes. You need to address it. You cannot just continue. Have to be honest with yourself about your feelings. Don't block your own voice. Reach out, seek help, talk about it to family, friends, doctor," she told the audience.
Defining success, Deepika said, "Success to me. I don't know what it means. Do be truly successful is to be at peace with myself. Depression has taught me how fragile life is." Deepika rounded off Forbes' Top 10 Highest-Paid Actresses list this year. At rank #10, Deepika earned $10 million between June 1, 2015 to June 1 of this year, before fees and taxes.
Deepika's next Bollywood film is Sanjay Leela Bhansali's Padmavati co-starring Shahid Kapoor and Ranveer Singh.