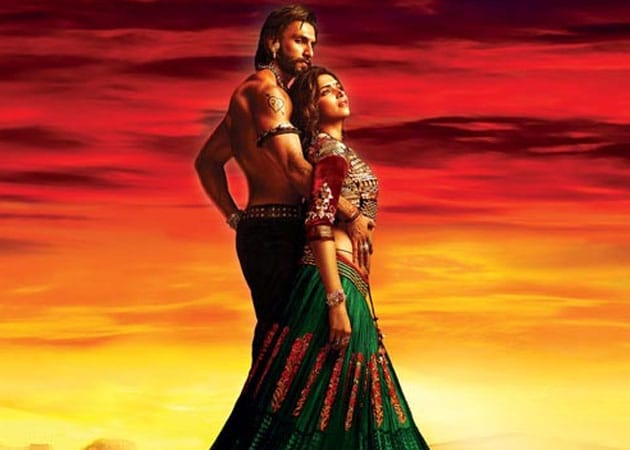 The film features Deepika as Leela and a mustachiod Ranveer as Ram.

Deepika Padukone and Ranveer Singh's much-awaited desi Romeo Juliet has had another name change, two days before it's meant to release.

Deepika Padukone and Ranveer Singh's much-awaited desi Romeo Juliet has had another name change, two days before it's meant to release.
The Sanjay Leela Bhansali film will now be called Goliyon Ki Rasleela Ram-Leela. This is the second time the film's name has been changed. It was previously changed from Ramleela to Ram-Leela.
The name change is a result of an order passed by the Delhi High Court on Wednesday (November 13, 2013) staying the release of the film. A petition filed against the film accused it of hurting religious sentiments and also said that, since the term Ram Leela is associated with Lord Ram, movie-goers would expect to be watching a religious film.
Director Sanjay Leela Bhansali said today: It appears that some misinformation is being carried out regarding the said film (Goliyon Ki Raasleela Ram-Leela) which we would like to clarify and state that the said film is inspired and based on William Shakespeare's work Romeo and Juliet.
The said film is neither related to Ramleela folklore/traditional performance associated with Lord Ram nor related to Rasleela associated with Lord Krishna. Ram, the character in the said film does not depict or resemble Lord Rama in any manner.
Starring Deepika as Leela and a mustachiod Ranveer as Ram, the film also features an item number by Priyanka Chopra.