Deepika Reveals How Working in Hollywood is Different From Bollywood

They have a very structured timing which allows you weekends. I used to do grocery shopping, cooking and also my own laundry in Toronto. Everything else is same as Bollywood," said Deepika 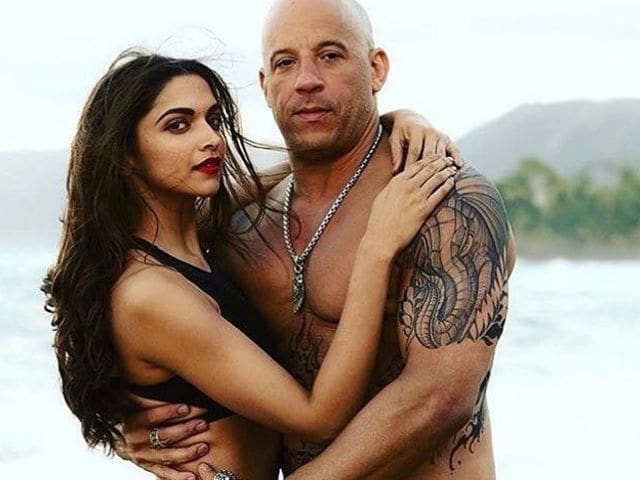 Many Bollywood stars may have featured in Hollywood films, albeit mostly in small roles but actress Deepika Padukone, set for her international feature debut, hopes more A-listers from India now take the plunge in the west.
Deepika features alongside Hollywood star Vin Diesel in the third instalment of xXx, titled xXx: The Return of Xander Cage.
When asked if more Bollywood stars should try their luck in Hollywood now, Deepika said, "I hope so, but I also feel different things excite different people. I have been offered roles in the past itself but I don't think I was ready and I don't think I was excited enough. As an actor I don't think I was ready for the challenge before. You have to look everything that you get as an opportunity. There is no role that's too small or big. It is all about what you make of the opportunity," Deepika said in an interview on the sidelines of International Indian Film Academy (IIFA) Awards.
Priyanka Chopra too has created waves in Hollywood with her role on hit American TV series Quantico and is making her feature film debut with Baywatch movie alongside Dwayne Johnson and Zac Efron.
Irrfan is another actor from Bollywood, who has a successful career in the west having starred in films like "Life of Pi, Jurassic World and the upcoming Inferno co-starring Tom Hanks.
Deepika wrapped the shoot of xXx: The Return of Xander Cage, last month.
During the movie's shoot, the actress had chronicled her experiences on social media and going by the photographs it seemed she had a great time working in the film, which also stars Vin Diesel, Ruby Rose and Nina Dobrev.
Deepika feels xXx came to her at the right point in her career as she had been craving to do an action movie for a long time.
"Sometimes certain things happen to you know when they are supposed to. Most importantly, it is an action film and I haven't done one since Chandni Chowk to China. I treated the film like I would treat any other project. It is not like it is a Hollywood film so you would do some different performance. As an actor, at the end of the day, you want to challenge yourself. You want to do different things," she said.
The actress said she didn't find much difference between the working culture of Bollywood and Hollywood, except for the latter's structured time schedule that the Hindi film industry lacks.
"They have a very structured timing which allows you weekends. I used to do grocery shopping, cooking and also my own laundry in Toronto. Everything else is same as Bollywood," she said.
Deepika said that the Indian film industry has evolved a lot, with big studios and content of movies that an actor will not feel any difference when he or she goes to work in Hollywood from here.
"There are similarities. The fact that I didn't find anything glaringly different says a lot about Indian film industry. We have evolved as an industry - independent producers, big studios, the kind of movies we are making, its content and our basic work ethics," she said.
(Except for the headline, this story has not been edited by NDTV staff and is published from a syndicated feed.)