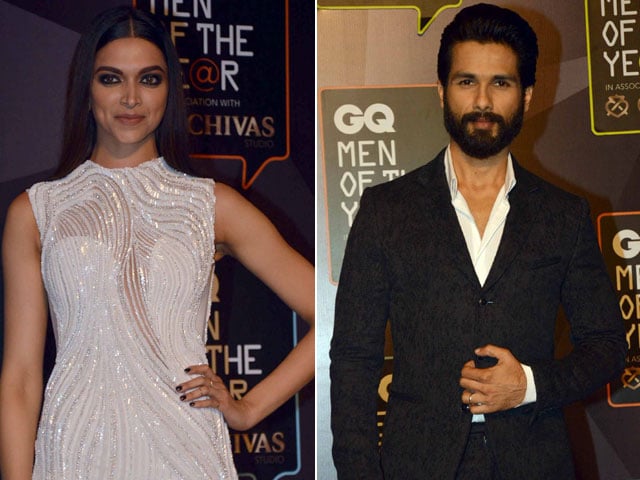 Shahid Kapoor and Deepika Padukone photographed at the GQ Awards in Mumbai.

Nothing succeeds like success and Chaitanya Tamhane's Court is experiencing it first-hand. After all the accolades at international film festivals the film is now India's official entry for the Oscars in 2016.
And while the entire country is now noticing the potential of this Marathi language film, Bollywood stars too came out in support of the film on Saturday night at the GQ Awards in Mumbai.
"If it has been chosen it must be a good film. I haven't seen the film but hope to see it soon," said Haider star Shahid Kapoor, who has not seen the film but looked mighty impressed by the films' achievements.
Like Shahid, Deepika Padukone too had not seen the film but said that she was looking forward to watching it.
"I haven't seen the film and hopefully I will get a chance to do that. But congratulations to the entire team of Court," she said.
Dum Laga Ke Haisha star Ayushmann Khurrana knows a thing or two about a small budget films doing well. He was happy that the jury set up by the Film Federation Of India had made the right decision.
"I think it's a very good choice and the best part is that it's a regional film and I think unanimously everybody loves Court and that is the big thing. There is no controversy around its selection," said the actor. (Also Read: Oscar Row: Rahul Rawail Says Amol Palekar Was Anti-Court)
Ayushmann was clearly unaware of jury member Rahul Rawail's resignation from his post over the selection process but what mattered this day was that a small independent film like Court has found support not only from the common man but from mainstream film stars as well.