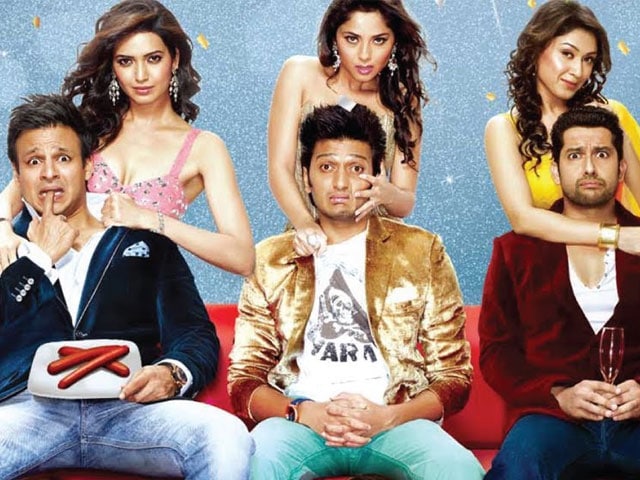 A poster of the film Grand Masti.

The court rejected the government's argument that since a warning that it was not suitable for children and minors is shown before such a movie starts, parents could change the channel

Delhi High Court stayed the television premiere of Bollywood movie Grand Masti saying that the film was not certified for unrestricted public exhibition and cannot be listed under the Cable Network Regulation Act.
A bench of Chief Justice G Rohini and Justice Jayant Nath was of the prima facie view that under the Act, any movie with 'U/A' or 'A' certification, which were not suitable for unrestricted exhibition, cannot be shown on television. (Also Read: I Will Not Act in Another Sex Comedy Like Grand Masti, Says Riteish Deshmukh)
In an interim order, the court rejected the government's argument that since a warning that it was not suitable for children and minors is shown before such a movie starts, parents could change the channel.
Every time a child watches TV, it might not be under parental supervision, the bench observed.
While passing the interim order, the court also issued notice to the Ministry of Information and Broadcasting and Central Board of Film Certification seeking their replies by September 16 on a plea seeking quashing of the U/A certification given to the movie.
The petition, filed by Edara Gopi Chand through advocate Gaurav Bansal, has sought stay on the telecast of the film on television saying it was replete with double meaning dialogues and highly objectionable content. The movie is to be shown on television on August 22.
The petition has also sought direction to the ministry to carry out detailed enquiry into "irregular re-certification" of the film done by CBFC.
"The said film is scheduled for telecast on television and if the same happens, it will result in the gross violation of provisions of Cable Network Regulation Act and also adversely affect the rights and interest of hundreds of thousands of minors in the country, especially children and adolescents," the plea said.
Grand Masti directed by Indra Kumar and produced by Ashok Thakeria. It stars Vivek Oberoi, Riteish Deshmukh and Aftab Shivdasani in lead roles.