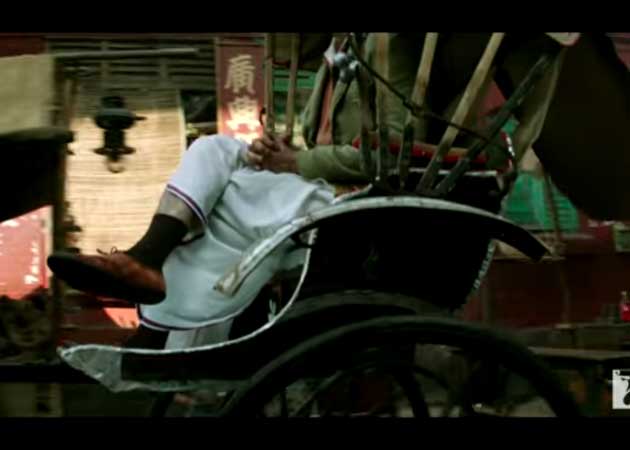 The first poster of the upcoming movie Detective Byomkesh Bakshi

Starring actor Sushant Singh Rajput in the titular role, of whom one sees only a dhoti and mojey (socks), the film is set in colonial Kolkata - some of it in the city's Chinatown - and is laced with nefarious men in uniform, hooligans in hoods, blood, crime, murder and a seductive red-lipped woman.

The blood-spattered scenes and dark imagery remind one more than once of the British mystery-thriller Sherlock. Produced by Yash Raj Films, the movie is to release in the year 2015 worldwide but who comprises the rest of the cast is a secret that the filmmakers are guarding with their life.

Also, the teaser warns the viewers to "Expect The Unexpected." We can't wait to find out what it means by this.