Dharmendra, 81, Hospitalised Due To Gastroenteritis 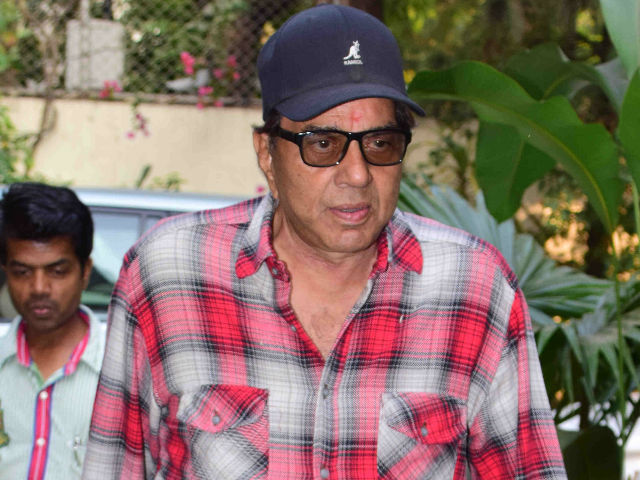 Dharmendra will reportedly be discharged in a few days

Veteran actor Dharmendra was hospitalized in Mumbai on December 20. The 81-year-old actor was taken to Mumbai's Nanavati Hospital and is suffering from Gastroenteritis, reports news agency ANI. The doctors told Indian Express that they have kept him under observation and said that Dharmendra is responding to the medication. The doctors will reportedly issue a discharge note for the Sholay actor in a few days. So far his actress politician wife Hema Malini or daughter Esha Takhtani or Ahana have not released a statement regarding Dharmendra's health and news of hospitalization. The Chupke Chupke star celebrated his birthday with the media on December 9.
ANI tweeted:

Dharmendra made his Bollywood debut in 1960 film Dil Bhi Tera Hum Bhi Tere directed by Arjun Hingorani. Jugnu, YaadonKi Baarat, The Burning Train Dost and Dillagi are counted amongst his most popular films. He was last seen on the big screen in 2015 film Second Hand Husband.
Earlier this year, Dharmendra told news agency IANS that he doesn't want a biopic made on him as there isn't an actor as "colourful" as him. He said: "My biopic will be so colourful that nobody will be able to do it. There is no other actor, who has my characteristics. Maybe nobody else will be able to do the things that I have done. It's very difficult."
Dharmendra won a National Award (as producer) for Ghayal, which featured his son Sunny Deol in lead role. Dharmendra was awarded the Padma Bhushan in 2012.
Dharmendra, born Dharam Singh Deol, has four children with Parkash Kaur - Sunny, Bobby, Vijayta and Ajeeta. He married Prakash Kaur in 1954. In 1979, he married actress Hema Malini and together they have two daughters Esha, also an actress and Ahaana.