Dharmendra Should be Out of Hospital Soon, Tweets Hema Malini 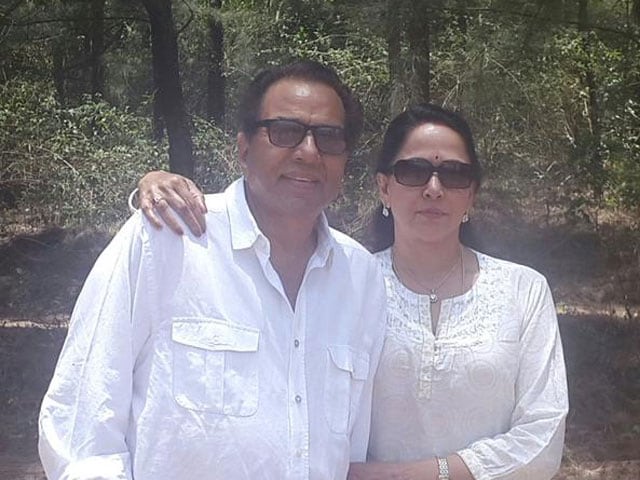 This image was posted on Twitter by Hema Malini

"His blood count is improving steadily & he shld be out of hospital in 1 or 2 days. I thank u all for ur prayers," she posted on Twitter

Actor Dharmendra, 79, who was taken to Mumbai's Breach Candy Hospital on Thursday, is in recovery mode as his 'blood count is improving steadily'. On Twitter, his actress-politician wife Hema Malini posted a health bulletin saying he ought to leave hospital soon:


Health update on Dharamji - His blood count is improving steadily & he shld be out of hospital in 1 or 2 days. I thank u all for ur prayers

She tweeted earlier in the day:


Just an update on Dharamji. He got admitted to Breach Candy to chk his blood count as he felt tired all the time & to chk his shoulder pain

His haemoglobin count was a bit low so he was anaemic.Under observation now & he may have a shoulder surgery a lil later. Pray he is ok fast

Dharmendra's daughter Esha Deol tweeted on Thursday evening that her father was 'fit and fine,' which doesn't appear to be entirely accurate:


Thank u all for ur concern! My dad is fit and fine

Dharmendra is not often seen in public now, making rare appearances only at high-profile occasions like his daughters' weddings.
The actor is the star of films such as the landmark Sholay, Chupke Chupke and Yaadon Ki Baaraat. His last Bollywood film was 2013's Yamla Pagla Deewana 2.
He received the Padma Bhushan in 2012 and the Filmfare Award for Lifetime Achievement in 1997.
Dharmendra has two sons - actors Sunny and Bobby Deol - and two daughters with first wife Prakash, and two daughters - Esha and Ahaana - with Hema Malini who he married in 1980.