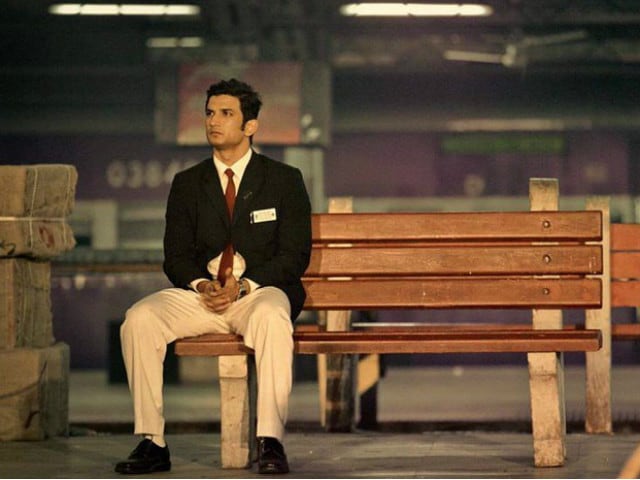 A still from M S Dhoni: The Untold Story.

M S Dhoni: The Untold Story, the upcoming Bollywood biopic on Indian cricketer Mahendra Singh Dhoni, will get one of the widest releases in 4,500 screens across 60 countries, according to its makers.
Vijay Singh, CEO of Fox Star Studios, who are also producers of the biopic, said in a statement: "MS Dhoni: The Untold Story is going to be the widest release for any Indian film in India and internationally. It will also be the widest release for a Hindi film (dubbed) in Tamil and Telugu."
However, "given the unprecedented demand for the movie worldwide, and the deadlines to deliver the film in all the languages, the Punjabi and Marathi language release will not happen", Mr Singh shared.
"The movie will be the biggest ever release in terms of screen count in India and simultaneously in 60 international countries too, making it the widest (Indian) release worldwide," he added.
Arun Pandey, who has produced the Neeraj Pandey-directed film under the Inspired Entertainment banner, is happy with the buzz around the movie, which stars Sushant Singh Rajput as the protagonist.
"We are pleased to inform that the film will be the widest ever release for a film in India and worldwide with it releasing in 60 countries. We wanted to release our film in Marathi and Punjabi too. However, given the deadline to make the widest ever release happen in the history of Indian cinema, we are not being able to get the Marathi and the Punjabi versions ready in time," he added.
"This is the first time a movie is releasing so wide, so we were not able to calculate the physical time it takes to make all the dubs happen," Arun Pandey explained.
The film will hit the screens on September 30, and is one of the much-awaited movies of this year.