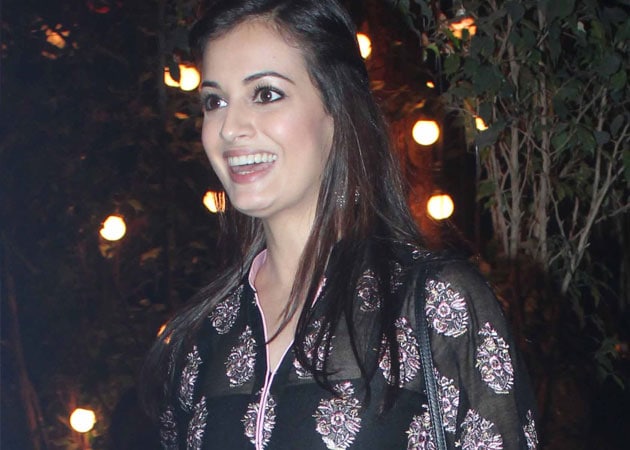 Dia Mirza will next be seen in the film Hungame Pe Hungama.

Actress Dia Mirza has spoken out against reports claiming that she is yet to pay her water bills.

Actress Dia Mirza has spoken out against reports claiming that she is yet to pay her water bills.
The incident came to the actress' notice after it was reported in the newspapers, however, she has claimed that it happened because she was unaware about having any pending bills on her.
"I am a law abiding citizen and the amount is not such that there can ever be a doubt I would try and avoid payment. The whole issue is a result of oversight, miscommunication and is unfortunate," said Dia in a statement.
According to her lawyer Gautam Mehmood, she was unaware about the water supply line. Now that the matter has been brought to her notice, she will pay the dues within two days.
"The non-payment of dues to the Hyderabad Metropolitan Water Supply and Sewerage Board (HMWWSB) was due to oversight. The water connection was taken a long time ago and Ms Mirza was not aware of the same," said Mehmood.
"There is no dispute regarding either the water connection or the dues there of while it would be relevant to state Ms Mirza was not aware of the water connection or the bills due regarding the same but as a responsible citizen she is doing the right thing and settling all the bills within the next 24 hours," he added.