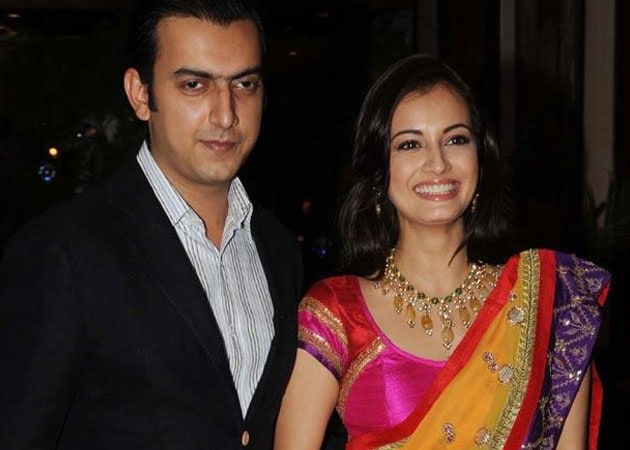 Dia will get married to producer Sahil Sangha on October 18 this year.

Actress-turned-producer Dia Mirza, who will get married this October, says she will definitely act in a film next year as she misses being in front of the camera.

Actress-turned-producer Dia Mirza, who will get married this October, says she will definitely act in a film next year as she misses being in front of the camera. (Also read Dia Mirza: Will Get Married in India in October )
The former Miss India co-owns production house 'Born Free Entertainment' along with fiance Sahil Sangha and actor Zayed Khan. They produced Love Breakups Zindagi in 2011 and the recently released Bobby Jasoos starring Vidya Balan.
"It is not that I don't want to act in films, but I love making films now. The kind of roles that are offered, if there was one (role) that compelled me enough to get out of office and be on big screen, then I will do it," Dia told reporters. "But, I will feature at least in one film next year, that is the promise I have made to myself as I miss being in front of the camera," she said.
The 32-year-old actress will tie the knot with her business partner Sahil Sangha on October 18 this year. "I am excited about the role of a wife, because I am marrying a person whom I love and respect. I am very excited about this new phase in my life. It is the beauty of women as we assume so many roles so organically," Dia said.
The wedding is likely to take place in Delhi and will be attended only by the couple's family and close friends. Dia may later host a reception in Mumbai for her friends from the entertainment industry.