Did You See Amitabh Bachchan in New Sarkar 3 Pics? The Boss is Back

Film's director Ram Gopal Varma tweeted these pictures from the sets of the film on Sunday and it has created enough buzz on the social media. As they say, a picture is worth a thousand words 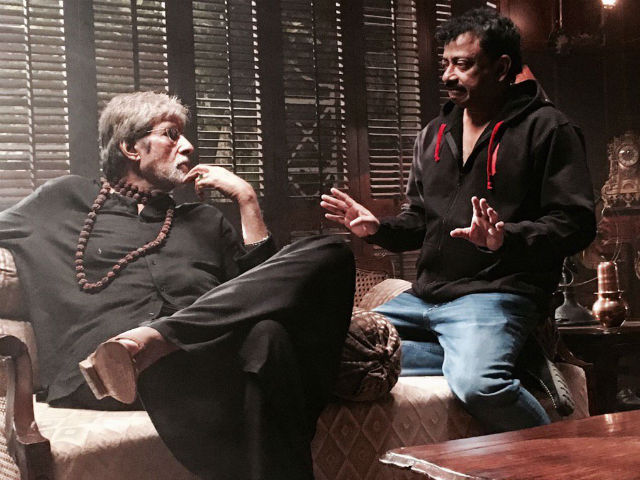 Actor Amitabh Bachchan just can't wait to finish Sarkar 3. The film's shooting is ahead of its schedule and seems like it is going to be bigger and better.
Film's director Ram Gopal Varma tweeted these pictures from the sets of the film on Sunday and it has been creating quite a buzz on social media. Take a look:


Sarkar of acting preparing for a scene on the set of Sarkar 3 pic.twitter.com/98jsPlL1i0

Trying to tame a lion pic.twitter.com/rUyRWJM8GY

Just a week ago, Big B gave us an updated about the shoot of the film:


T 2425 - And SARKAR 3 marches on ... first schedule and set over tomorrow .. running ahead of schedule by miles .. pic.twitter.com/i6IpNYu6pG

Filmmaker SS Rajamouli also couldn't resist but catch Big B in action on the sets of Sarkar 3 recently.

And here's the director and actor deep in discussion.

Amitabh Bachchan will be back as Subhash Nagre in the third instalment of Sarkaar franchise which first hit the screens in 2005. Sarkar 3 which also stars Manoj Bajpaee, Jackie Shroff, Yami Gautam, Ronit Roy and Amit Sadh will be released next year.