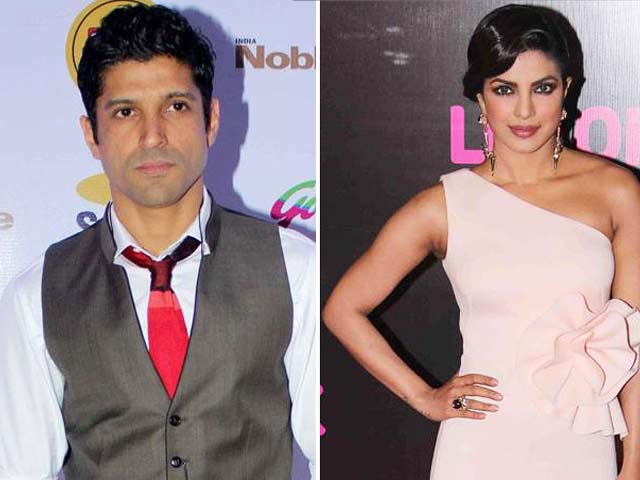 The title track, a duet by Priyanka and Farhan, is set to release at 4pm today

Dil Dhadakne Do is set to release on June 5

The Twitter blitz that is heralding the arrival of director Zoya Akhtar's Dil Dhadakne Do has swelled to include the release of its first song, expected at 4pm today.
Priyanka Chopra, star of Dil Dhadakne Do and singer of its title track, made the most recent announcement on Twitter, with a photo of her co-star Farhan Akhtar who also duets on the song.

Both actors are accomplished singers with musical careers of their own. This will be Priyanka's first foray into singing playback - Farhan has sung in films like Rock On!! and Zindagi Na Milegi Dobara.
Their co-star Anil Kapoor promises it will be a treat:


The storms are rolling in...& at its centre are actors/singers @priyankachopra@faroutakhtar. Prepare to be blown away! #DDDTiltleTrackToday

Last evening, all four Dil Dhadakne Do Mehras tweeted a countdown to the song, just as they had to the trailer some days ago.

First track of #DilDhadakneDo will release tomorrow! Who else is looking forward? @DDDTheFilm

As did actress Anushka Sharma who also appears in the film but not as a Mehra:


Soooo the title song of #DilDhadakneDo will release tomorrow at 4 pm .Get ready to shake your toes #1DayToDDDTitleTrack

Dil Dhadakne Do is set on a Mediterranean cruise and releases on June 5.