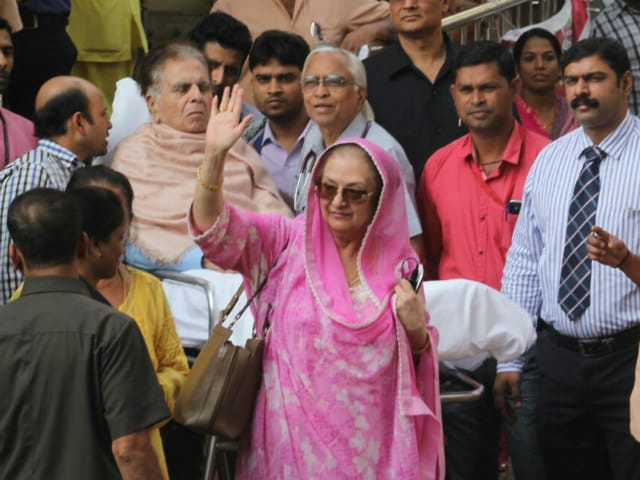 Veteran actor Dilip Kumar has been discharged from Mumbai's Lilavati Hospital on Thursday, reported news agency ANI. The veteran actor was admitted to the Mumbai hospital after experiencing swelling in his right leg and fever on December 7. Dilip Kumar's discharge comes days after his 94th birthday, which he spent at the hospital. Dilip Kumar's wife Saira Banu told news agency PTI that the actor is "doing well" now. "We have brought him home today. He will be resting at home. He is recuperating, he is doing well. Thanks to everyone for their well wishes and prayers," the actor's wife and noted actress Saira Banu told PTI.
Saira Banu accompanied Dilip Kumar as he made his way to the car: 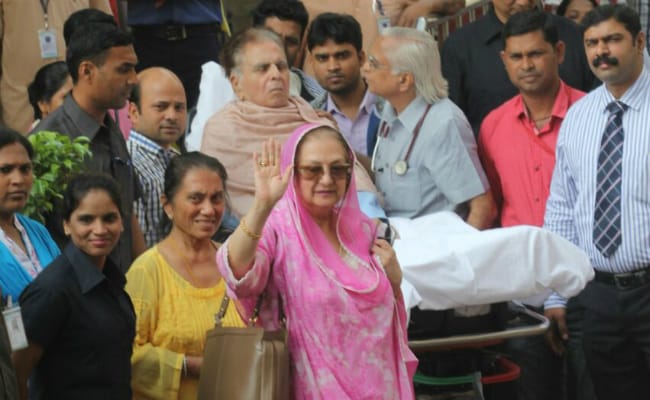 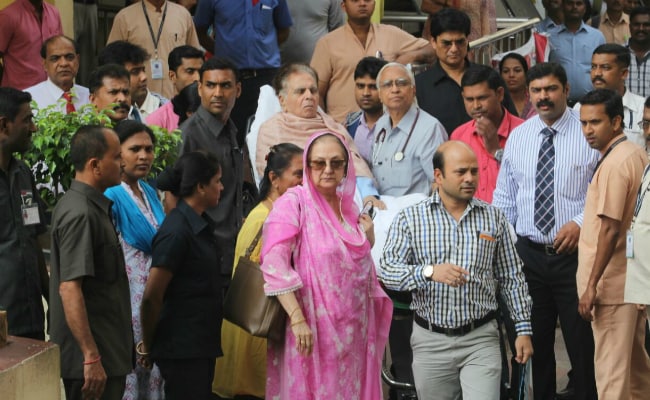 Saira Banu's manager Murshid told news agency IANS on December 11 that there are no elaborate plans for the actor's birthday, which he spent at the hospital. "He didn't get discharged today (Sunday). He will be in the hospital for a couple of days more. His swelling has also come down and he is under observation. He is likely to get discharged in the next two days. Since he is in the hospital, there are no birthday plans as such as of now," he said.
Saira Banu was by Dilip Kumar's side on his birthday:

Soon after Dilip Kumar was admitted to the hospital last week, he shared updates on Twitter. His first tweet read: "Feeling much better now. Was admitted to Lilavati hospital for routine check-up. Your prayers are with me."
He then shared more tweets thanking the doctors and his fans:

Your love and affection has been so enduring and so touching, your heartfelt messages on this medium brought tears to my eyes.

Dilip Kumar was born Mohammad Yusuf Khan and is best admired for films like Madhumati, Devdas, Mughal-e-Azam, Ganga Jamuna, Ram Aur Shyam and Naya Daur. He was last seen in 1998 film Qila.
Dilip Kumar received the Padma Bhushan in 1991 and the Dadasaheb Phalke Award in 1994. He was also honoured with Padma Vibhushan in 2015. He is also the recipient of the first Filmfare Best Actor award for his 1956 film Azaad. Dilip Kumar is the record holder of most Filmfare Best Actor awards - eight - a spot he shares with Shah Rukh Khan. In 1993, Dilip Kumar was also honoured with the Filmfare Lifetime Achievement award.
(with agency inputs)