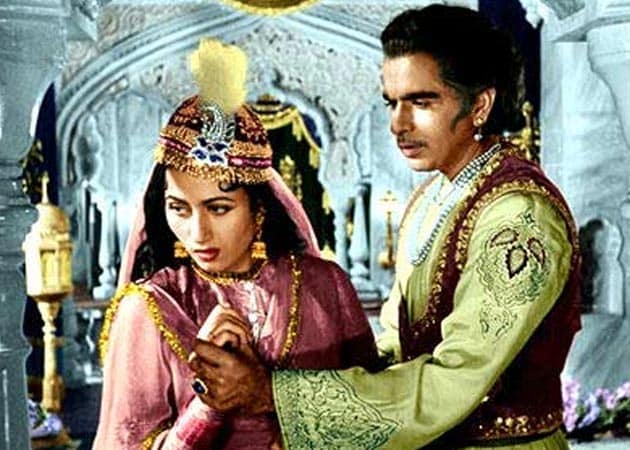 Thespian actor Dilip Kumar narrates in detail his wedding to yesteryear Bollywood hearthrob Saira Banu in a biography set for launch in Mumbai on June 7.

Thespian actor Dilip Kumar narrates in detail his wedding to yesteryear Bollywood hearthrob Saira Banu in a biography set for launch in Mumbai on June 7.
Numerous unknown aspects of the life and times of the cinematic legend, who began as a "diffident novice" in Hindi cinema in the early 1940s, is revealed in the book Dilip Kumar: The Substance and the Shadow.
Published by Hay House India the book is set for launch on June 9, according to Penguin India which is marketing and selling the book.
Dilip Kumar who was born as Yousuf Khan, delivered spellbinding performances in one hit film after another in his almost six-decade-long career spanning over 60 films.
The actor candidly recounts his interactions and relationships with a wide variety of people not only from his family and the film fraternity but also from other walks of life, including politicians.
Dilip saab says he did his biography as he wanted to "set the record straight". He feels that a lot of what has been written about him so far is "full of distortions and misinformation".
He narrates his bitter break up with actress Madhubala and also his wedding to Saira Banu, who was 22 years his junior.
Dilip saab relates, matter-of-factly, the event that changed his life - his meeting with Devika Rani - the boss of Bombay Talkies, when she offered him an acting job. His first film was Jwar Bhata (1944).
Dilip saab also details how he had to learn everything from scratch and had to develop his own distinct histrionics and style, which would set him apart from his contemporaries.
He featured in a lot of tragedies - Jugnu, Shaheed, Mela, Andaz, Deedar, Daag and Devdas - with such intensity, which he says affected his psyche adversely.
He consulted a British psychiatrist, who advised him to switch over to comedy and that resulted in spectacular performances in laugh riots such as Azaad and Kohinoor, apart from a scintillating portrayal as a gritty tonga driver in Naya Daur.
After a five-year break he began his "second innings" with Kranti (1981), after which he appeared in a series of hits such as Vidhaata, Shakti, Mashaal, Karma, Saudagar and Qila.