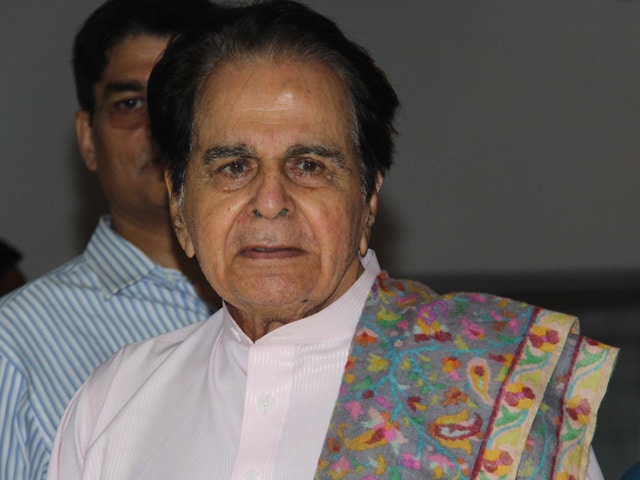 He said what the Pakistani Taliban did to the school children is "unforgivable" and "sinful".

Dilip Kumar, who was born in Peshawar, said that he longed to reach out to the parents of children massacred in the attack

Thespian Dilip Kumar, who was born in Peshawar, said that he longed to reach out to the parents of children massacred in Peshawar, Pakistan on December 16.
Dilip saab's wife, veteran actress Saira Banu, spoke on his behalf and said that Dilip saab was shocked by the savagery at the Peshawar school.
The 92-year-old actor was quoted as saying, "I was born in the charming city of Peshawar in undivided India and I still have many special memories of the place. What the Taliban terrorists of Pakistan did to the school children in Peshawar is unforgivable and sinful."
"The massacre has wounded me beyond words. My heart longs to reach out to the parents who lost their sons and daughters in the worst crime any country has witnessed in recent years," he added. Dilip saab's ancestral house is still in Peshawar.
On Tuesday, Pakistan Taliban slaughtered at least 141, mostly children, after storming an army-run school.
"I pray to the Almighty to give strength to the grieving parents to live through the trauma and horror and bear the loss," the actor said. "The time has come to crush and destroy such evil forces," he added.
In pre-independence India, Peshawar was known as a city that nurtured music, poetry and theatre. According to a media report, in 1936 it became one of the first Indian cities to have a radio station.
The Hindi film industry has a strong connection to the place. Big names like Prithviraj Kapoor and superstar Shah Rukh Khan trace their roots to Peshawar.
Dilip saab's family relocated to Maharashtra in the 1930s because they had business interests there. When he joined the Hindi film industry, he took the name Dilip Kumar.
Dilip saab became a name to reckon with in the 1950s and 1960s, thanks to his performance in Daag, Devdas, Madhumati, Amar, Paigham, Mughal-E-Azam, Ganga Jamuna, Leader and Ram Aur Shyam.
After working for about six decades, he bid adieu to cinema in 1998. His last movie was Qila.