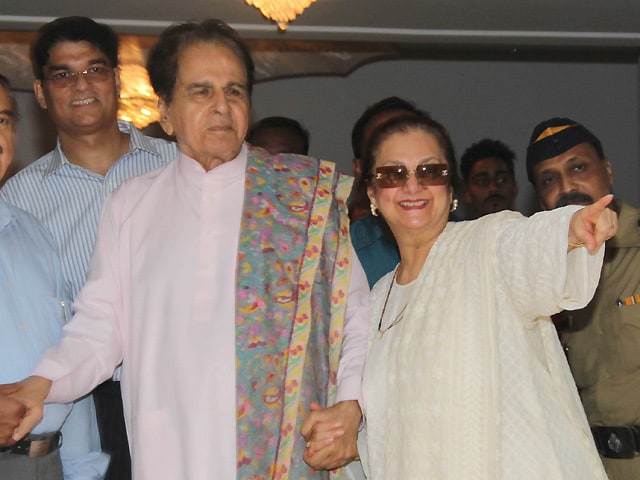 Dilip Kumar's close family friend Udaya Tara Nayar said that the actor, who was admitted in Lilavati hospital following a bout of pneumonia, is absolutely fine and healthy now

On his 92nd birthday on Thursday, veteran actor Dilip Kumar was discharged from the Lilavati Hospital where he was being treated following a bout of pneumonia.

"He got discharged at around 1.30 pm today and we're taking him home. He is looking absolutely fine and healthy," said Udaya, the compiler of the thespian's autobiography The Substance And The Shadow.

The star of films like Devdas, Madhumati and Mughal-E-Azam, married to actress Saira Banu, will be having a quiet celebration at his residence for his special day on Thursday evening.

Meanwhile, the Twitter world saw Dilip Kumar receive birthday messages from celebrities like Lata Mangeshkar, Subhash Ghai and Anupam Kher, who have wished him a long and healthy life.