Dilip Kumar's 'Chhoti Bahen,' Favourite Song and the Actor he Thinks of as a Son 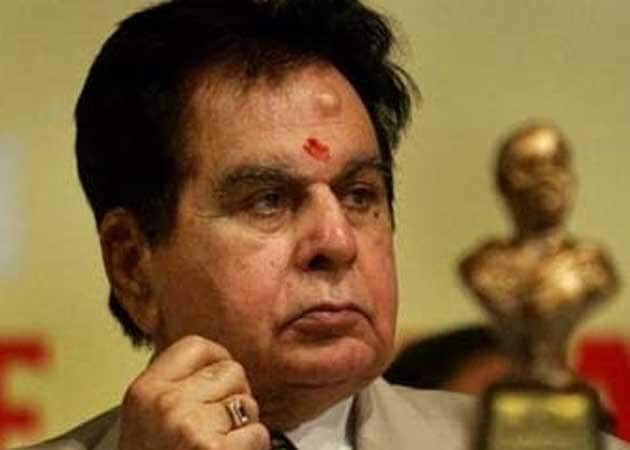 Substance And The Shadow will be released in the presence of all the biggest actors and directors of Hindi filmdom.

Bollywood thespian Dilip Kumar's biography finally has a title and it will be released by singing legend Lata Mangeshkar at a grand event here on June 9.

Bollywood thespian Dilip Kumar's biography finally has a title and it will be released by singing legend Lata Mangeshkar at a grand event here on June 9.
Said author Uday Tara Nayar: "The title Substance & The Shadow was suggested by Dilip saab. The 'substance' refers to the actual person behind the legend and the 'shadow' is the mythical image that has come to surround his persona."
Substance And The Shadow would be released in the presence of all the biggest actors and directors of Hindi filmdom. (Also read:Dilip Kumar Biography Details Bitter Break-Up With Madhubala)
Born as Muhammad Yusuf Khan, he entered filmdom with the 1944 release Jwar Bhata and after that he went on to give classics like Madhumati, Shaheed, Devdas, Andaz, Amar, Mughal-E-Azam, Ram Aur Shyam, Karma and Saudagar.
His last film was Quila in 1998.
The long-awaited biography, which traces the 91-year-old's life from birth, will be released at the elaborate function by Lata, who is likely to sing a few lines of Dilip Saab's favourite song Allah Tero Naam.
"It's the song that Yusuf saab would ring up Lataji and ask her to sing whenever he was restless. She would always oblige her Yusuf Bhaiyya. Lataji came to visit Dilip saab recently. He immediately recognised her and exclaimed, Meri choti bahen mujhse milne ayee hai.
"She fed him his evening meal with her own hands. Sairaji (Dilip Kumar's wife and yesteryear actress Saira Banu) just watched the historic moment. We both feel no person is as worthy of releasing the book as Lataji."
Joining Lata on stage to release the book, would be Amitabh Bachchan and Aamir Khan.
Shah Rukh Khan, whom Dilip saab and his wife regard as a son, won't be able to attend. (Also read:At Dilip Kumar's Book Launch, Lata Mangeshkar to Sing, Karan Johar to Host )
Aamir will recite a poem on Dilip saab's honour written by Prasoon Joshi.
Amitabh, who worked with him in Shakti, is expected to speak about his regard for the thespian.
Lata and Madhuri Dixit will light the inaugural lamp, while Shaan and Javed Ali will sing a medley of Dilip Kumar hits arranged by composer Lalit Pundit.
Another highlight of the evening would be the audio-visual showing rare never-seen intimate moments of Dilip Kumar's life with his wife and family.
Shedding light on the event, Nayar said, "It's been a 10-year journey to put together the authorised biography of Yusuf saab. We've finally done it. It couldn't have happened without the active support of Yusuf saab and Sairaji. They helped me piece together the life of a man who is not just the greatest actor in the country but also a father-figure for me."
Dilip Kumar was crowned the Tragedy King of Bollywood for playing doomed lover in films like Andaaz, Baabul, Mela, Deedar and Jogan.