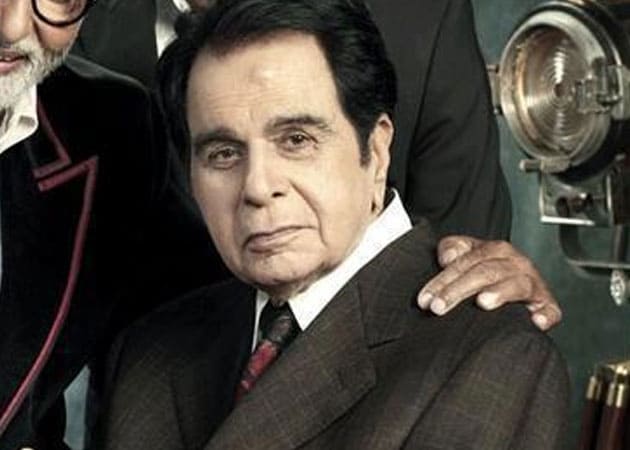 Dilip Kumar was admitted to the hospital on Sunday (September 15, 2013)

Veteran actor Dilip Kumar's health is steadily improving, his close friend Udaya Tara Nayar said Friday.
"He is in the ICU (intensive care unit), but his condition is far better. He is stable now," said Nayar.
Dilip Kumar was admitted on Sunday (September 15, 2013) evening to the Lilavati Hospital after he complained of uneasiness. Doctors later diagnosed a heart attack.
"Doctors want to keep him in the ICU for a couple of days before shifting him," added Nayar.
The 90-year-old actor has given six decades of his life to filmdom.
The Tragedy King as he was called, played lead roles in films like Jwar Bhata, Mela, Naya Daur, Tarana, Ganga Jamuna, Leader and Mughal-E-Azam. He also carried character roles in films like Shakti, Karma and Saudagar on his shoulders with elan.
He decided to retire post the 1998 film Qila.
His wife Saira Banu has been by his side.