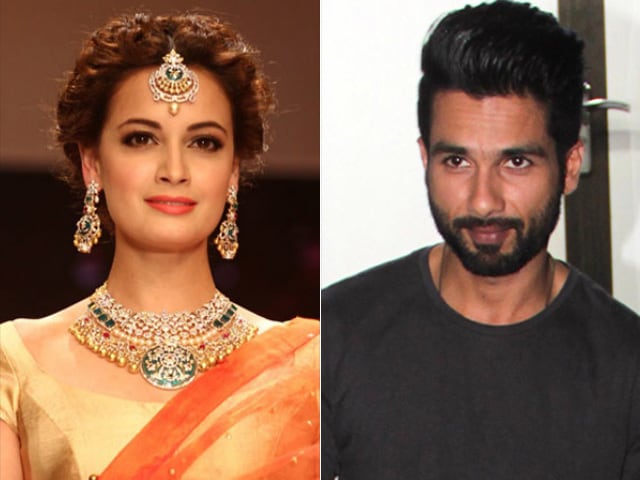 On Sunday, Dipa Karmakar created history when she became the first Indian gymnast to make the cut for the Olympics, finishing eighth in the qualifiers for the vault event at the Rio Games. Since then, Twitter has been buzzing with good wishes and congratulatory messages, some of them from Bollywood.
Actors like Shahid Kapoor, Ajay Devgn and Dia Mirza have tweeted their admiration of the young gymnast, who will be 23 on Tuesday.
Here's what they said:

Congrats Dipa, It's high time we showed the world what we r really made of. #DipaKarmakar

Saw her vault last night. Must have been such a daunting occasion. Amazing. #DipaKarmakarhttps://t.co/tzPdq0HkSv via @IndianExpress

Many Congratulations to #DipaKarmakar for qualifying for the #RioOlympics2016 Gymnastics - the first Indian to do so!!

#DipaKarmakar in the finals!
Moment of pride. An Indian making her presence felt, in the up until now, unknown world for us: gymnastics

#DipaKarmakar you make us so very proud. Rooting for this incredible athlete. For me you are already #gold#fingerscrossed#Rio2016

Dipa's feat went unwatched by India because the TV broadcast, controlled by Rio, failed to show it. In Mumbai, celebrity sports fan Amitabh Bachchan was one of many left disappointed.

T 2341 - #DipaKarmakar .. they said they would show you but never did .. channels interested in the other country athletes ! Good luck

Dipa Karmakar, who won a bronze at the Commonwealth Games in Glasgow two years ago, will compete in the final vault event at Rio on August 14.
We wish her all the best, as does Twitter.