"It is such a dangerous news. They had started this trend during Great Grand Masti, that time we felt that someone was joking, we didn't take it seriously. And then we came to know that it's out and the producers got destroyed in a day," said Mukesh Bhatt, president of The Film & Television Producer's Guild of India 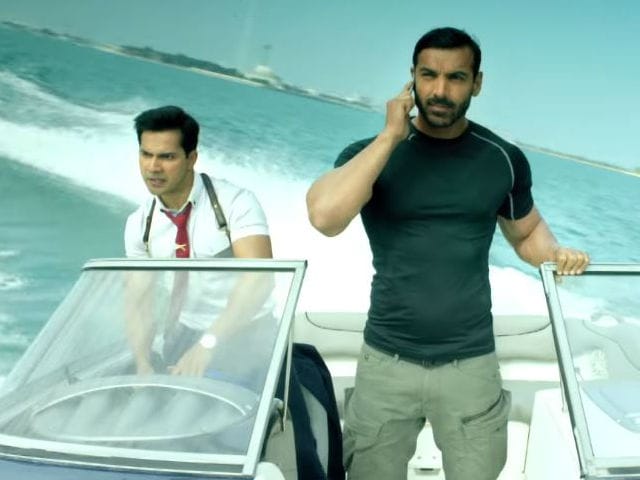 A still from the film Dishoom.

Producer Mukesh Bhatt says that The Film & Television Producer's Guild of India held an emergency meeting after they learnt of the chances of upcoming film Dishoom leaking online.
"We have received a shocking news that a pirate site torrent is advertising that Dishoom will soon be shown. If a pirate site advertises that there will be a leak, there could be nothing more frightening for a producer. So we held an emergency meeting since I am the president of the Film Producer's Guild, and we senior producers thought about what can be done about it." Mr Bhatt said in an interview.
"Each and every producer, wherever they were and whether they were busy, cancelled their appointments and came to my office," he added.
Dishoom, starring Varun Dhawan, Jacqueline Fernandez and John Abraham is gearing up for release on July 29.
Recently, films Udta Punjab and Great Grand Masti leaked before its release while the former still managed to do decent business, the latter tanked miserably.
Mr Bhatt said, "It is such a dangerous news. They had started this trend during Great Grand Masti, that time we felt that someone was joking, we didn't take it seriously. And then we came to know that it's out and the producers got destroyed in a day."
The makers of Great Grand Masti stated that their DVD was tampered with at the Film Certification Appellate Tribunal (FCAT). And an interesting incident has happened with Dishoom regarding the practice of submitting DVDs.
"Central Board of Film Certification (CBFC) has helped us, first time in history a film received a certificate without handing over a DVD. I want to applaud them for understanding our problem. They have proved it by saying, 'If you feel that it could leak from here, for your protection and psychological comfort, perhaps you can give the DVD after release'," Mr Bhatt said.
Mr Bhatt had famously stated that CBFC chief Pahlaj Nihalani should be removed during Udta Punjab's battle with CBFC regarding cuts. But he said, "I want to thank Pahlaj Nihalani saab and the CBFC for understanding our pain."
Mr Bhatt also said that they've discussed regarding approaching Prime Minister Narendra Modi and other agencies to address the issue.
(Except for the headline, this story has not been edited by NDTV staff and is published from a syndicated feed.)