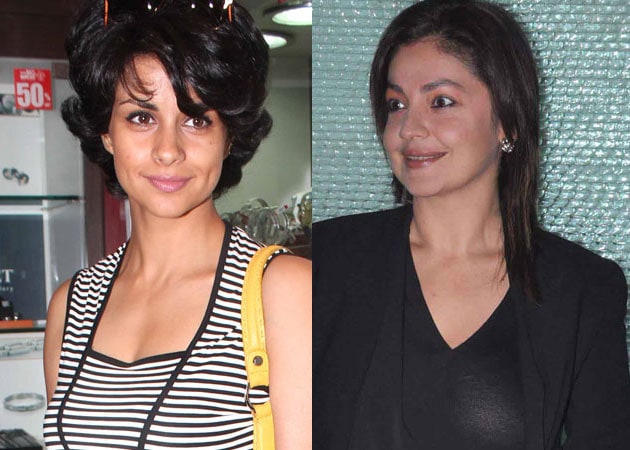 Bollywood actresses say your silence the first time sets the tone and tenor for your relationship.

Many independent women suffer physical and emotional abuse in a relationship and actress-filmmaker Pooja Bhatt says there is no simple answer to it, but your silence the first time sets the tone and tenor for your relationship, while Gul Panag feels they tolerate abuse because of emotional vulnerability.
Here is what Bollywood women have to say on the issue:
Pooja Bhatt: There is no simple answer to such a complicated question. I've been there myself. One thing that I was wise enough to know is that you don't have to wait for someone to treat you badly repeatedly. If you allow them to get away with it once, you are telling them they can get away with it every time. Your silence the first time (when physically abused) sets the tone and tenor for your relationship in the future. Abuse is not just physical. Some women spend years with men who don't strike them but break their spirit every day. Remember, if you endure abuse the first time, you are a victim. If you let anyone do that repeatedly, then you are accomplice.

Veena Malik: Yes, I suffered an abusive relationship. I had an abusive relationship with Muhammad Asif... I have been very loyal and honest with him. My world was just work and him. He'd repeatedly humiliate me in front of his friends. He used to say, 'See the most beautiful girl mere isharon pay rehti hai'. He used to get violent if I did not prepare food on time.
I think girls get into abusive relationships because to some extent they like bad boys. They want to change them but instead they are drawn into the dark, desperate personality of the man they think they can mend. I confess abusive relationships give a woman an extreme high even if they cause their self-esteem to fall extremely low. Also, women feel that bad boys will protect them from the outside world.
Amrita Rao: I don't believe in generalizing the gender issue. However, even the most intelligent girl can lose her mind to her heart if she encourages and prolongs a wrong relationship. Any sensible girl must evaluate and analyse at the initial stages of a relationship whether she is getting respect from her partner or not. No relationship of unequal feelings can work. Any partner who makes you feel constantly small and guilty is not worthy of you. Learn to command respect at the start of a relationship. Or you will never get it.

Gul Panag: I suppose successful women tolerate abuse because of their emotional vulnerability. The pressures of everyday life make them hold on to what they think are emotional anchors. I would never tolerate an abusive relationship.
Divya Dutta: When you are putting up a brave front in an abusive relationship, somewhere you do become unreasonably vulnerable. Women in such relationships are often unable to leave and often end up taking the blame for the abusive partner's behaviour. Speaking for myself, I'd rather be single than in an abusive relationship.
Celina Jaitley: I've often wondered why women tolerate abusive relationships. Such men take advantage of the vulnerability of women who crave for a home, family and other domestic bliss. No matter how successful or independent they are, women become victims of their own idea of a perfect fairytale life while men often become abusive to overcome their own insecurities.
Tapsee Pannu: We women are very strong outside. But when someone shows even a little bit of affection, care and love, we melt and go out of our way to give abundant love. But when there is abuse, women in the limelight don't want their plight to be exposed. They have no option but to let the torture continue rather than make a public tamasha of their lives. Sadly, it's always the women who bears the brunt.

Ayesha Shroff: Unfortunately, women do a lot for and in love. Love is an emotion that over-rides logic and good sense.
Tannistha Chatterjee: Fortunately, I've always been treated well by my men. It all depends on the men one chooses.