"No it should not be made. We made one on Milkha Singh. I heard they are making a biopic on Guru Dutt as well. It will be better if they don't make it," said Naseeruddin Shah 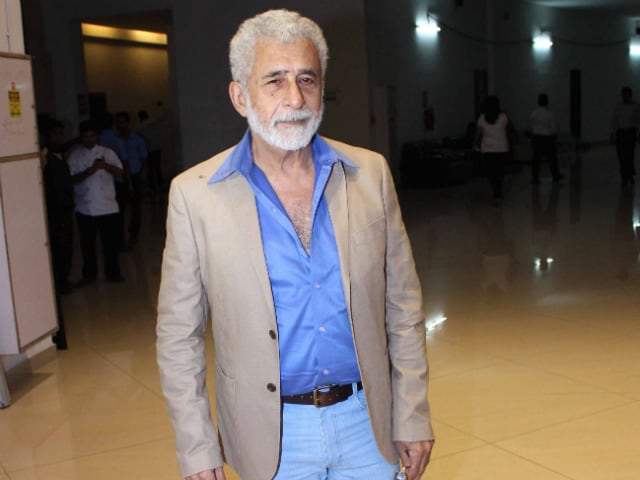 Actor Naseeruddin Shah feels that biopics on music legends Kishore Kumar and R D Burman should not be made as commercial filmmakers will end up "ruining" them.
The Waiting star said that he also heard that a biopic on filmmaker Guru Dutt is underway, but feels it will be better if it is not made.
When asked his views about a biopic being planned on Kishore Kumar, Mr Shah told reporters, "No it should not be made. We made one on Milkha Singh. I heard they are making a biopic on Guru Dutt as well. It will be better if they don't make it."
Asked about a proposed biopic on even R D Burman, the 67-year-old actor said, "It is enough if they make a song and dance film only. Commercial filmmakers should not touch serious subjects. Satyanash hi kar ke rakhte hai uska (they ruin them completely)."
Mr Shah, who made his debut in Bollywood with 1975's Nishant, has also worked in over 100 films so far. He said that he was blessed to join the industry at a time when actors like him were needed.
"I feel blessed that I came at a time when people like me were needed in films and I started getting work. In fact my struggle was not as long or hard as that of an actor like Nawazuddin Siddiqui or Irrfan Khan. Now, they are getting success but it took a lot of time. They both struggled a lot," said Mr Shah.
The Ishqiya actor will be next seen in OK Jaanu starring Aditya Roy Kapur and Shraddha Kapoor. The film, directed by Shaad Ali, is a remake of Mani Ratnam's superhit Tamil movie OK Kanmani.