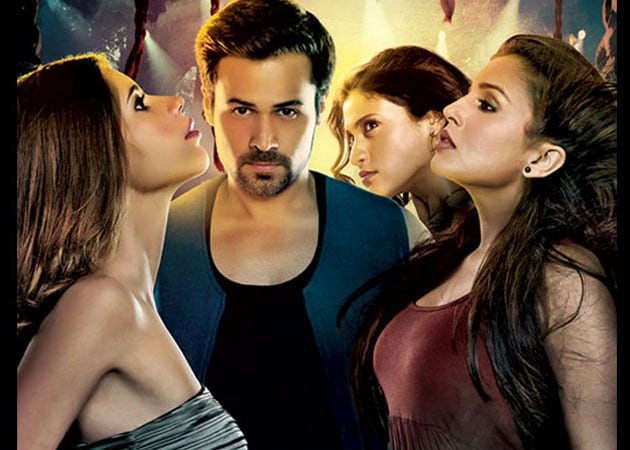 The opening weekend collection of Emraan Hashmi-starrer Ek Thi Daayan is approximately Rs 18.07 crore and trade pundits are calling it satisfactory business, keeping the unconventional theme of the movie in mind.

The opening weekend collection of Emraan Hashmi-starrer Ek Thi Daayan is approximately Rs 18.07 crore and trade pundits are calling it satisfactory business, keeping the unconventional theme of the movie in mind.
Sharing news of the film's box office collection in the opening weekend, trade guru Taran Adarsh tweeted: "Ek Thi Daayan collected approximately Rs 18.07 crore in its opening weekend."
Made at a total cost of Rs 24 crore, the film's first day collection was R .6.24 crore net. It earned as much as Rs 20 crore from non-theatrical sources, said a source.
Emraan features alongside three actresses - Huma Qureshi, Konkona Sen Sharma and Kalki Koechlin - in Kannan Iyer's directorial venture.
Released Friday, the film is a Vishal Bhardwaj and Ekta Kapoor co-production and is the story of a magician and a witch.
Girish Johar, head of acquisition and distribution, Balaji Motion Pictures, is hopeful that the film will receive "better" business in the days to come.
"In terms of economics, it has been profitable, but in terms of box-office, it has been only satisfactory. We were hoping it would get better, but it has done average," Johar told IANS.
Theatre owners are also happy with the footfalls they have received for the supernatural thriller.
Anant Verma, director and business head, DT Cinemas, told IANS: "Right from Friday till Sunday, almost all the shows of DT Cinema Gurgaon and Delhi were full. The movie has done better than what we expected it to do and the overall occupancy of the movie was 75 to 80 percent. Evening shows were almost housefull."
The film, before its release, garnered attention because of its theme.