Emraan Hashmi is the Most Loved Actor in Pakistan: Humaima Malick 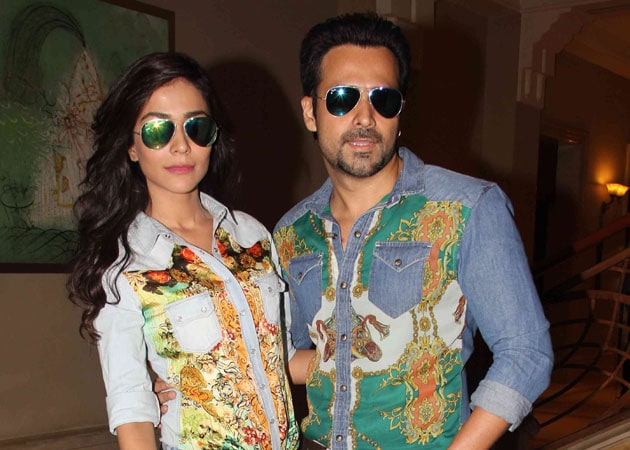 Pakistani actress Humaima Malick, while promoting her upcoming film Raja Natwarlal with actor Emraan Hashmi, said the Bollywood star is the most lovable actor in Pakistan.

Pakistani actress Humaima Malick, while promoting her upcoming film Raja Natwarlal with actor Emraan Hashmi, said the Bollywood star is the most lovable actor in Pakistan.
"I think Emraan is the most sweet and loved actor in Pakistan. People there really look forward for his releases. Everybody is really excited. Everybody is waiting. The music of the film Raja Natwarlal is very much hit over there," she told reporters here.
When asked how it was working with Emraan, the 26-year-old actress said that Emraan is a humble and down-to-earth human being who does not interfere into the space of other actors around.
"He is a very down-to-earth person and very supportive, and doesn't interfere into the space of other actors. He is a lovely and very intelligent guy. My experience has been great with him," she said.
However, Humaima said she was a bit scared to meet Emraan for the first time, thinking how it is going to be with an established Bollywood star.
"When I got an offer to work with him, I was a bit nervous. When I was going to meet him for the first time, I was a bit scared about how the meeting is going to be," she said.
Talking about his role, Emraan said he does not have the penchant for doing a con movie, but agreed to do Raja Natarwal because it had heart and soul in it.
"I would never do a con film because I find them very superficial, but this one has a heart, a soul and emotions flowing in. There is a dramatic reason for the character to play a scamster. So, that's what I liked," he said.
Talking about his next films, Emraan said he would be acting in Rensil D'Silva's Ungli, which will be released in November.
"I also star in internationally acclaimed director Danis Tanovic's White Lies. It is a controversial film. We are going to make an announcement soon regarding the road-map of the film," Emraan said.