Emraan Hashmi Says My Son Made Me a Better Person

"Ayaan has given birth to a new me. He made me a better person and taught me that life will hit you, it will knock you down on the floor but you have to get up, stumble, fall again and then get up but never give up," said Emraan Hashmi 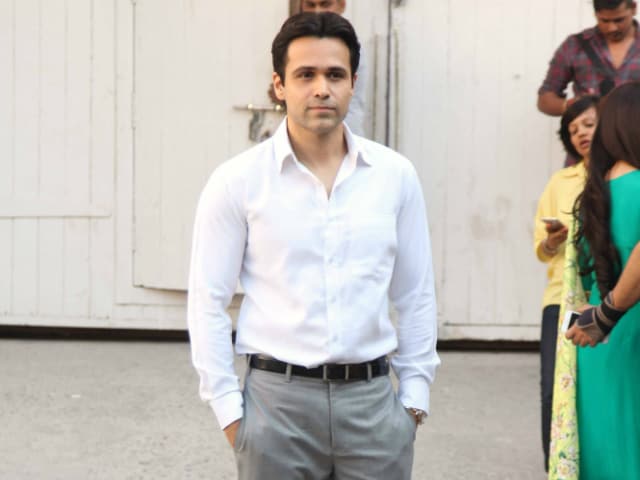 Emraan Hashmi photographed at a studio in Mumbai.

Bollywood actor Emraan Hashmi said that his six-year-old son has made him a better person and a responsible father, besides teaching him to "never give up".
"Ayaan has given birth to a new me. He made me a better person and taught me that life will hit you, it will knock you down on the floor but you have to get up, stumble, fall again and then get up but never give up," Mr Hashmi said while addressing a panel discussion on Parenthood at Spring Fever 2016.
The Jannat actor unveiled the first look of his book The Kiss of Life, which is about the hardships he and his wife faced when their son was diagnosed with cancer at the age of four in 2014. It is scheduled to be released next month by Penguin India.
When asked how he managed to keep himself calm throughout the period of his son's treatment, the 36-year-old actor said, "I think I need to go for some counselling as this incident has left deeper psychological impact on me."
According to Mr Hashmi, women are emotionally "stronger" than men as his wife Parveen showed "extraordinary" strength.
"I think women are emotionally much stronger than me. When we came to know that our child had cancer, my wife did not cry while I burst into tears. Even during his whole treatment I had to come back occasionally for shooting but she was there throughout and I don't know how she managed to be so brave, hats off to her," he said. (Also Read: Emraan Hashmi's Book Will Reveal How 'Superhero Son' Defeated Cancer)
The actor is currently shooting for Azhar, a biopic on former Indian skipper Mohammad Azharuddin, which will hit screens on May 13.
"It wasn't easy to encapsulate 30 years of his wonderful journey in three months. Azhar himself helped me a lot during the shoot. I did a lot of shadow practice with him," he added.
When asked about his take on the debate on "secularism", Mr Hashmi said, "For me secularism is being respectful for everyone's belief rather than shunning yours on them."
Sarfarosh actress Sonali Bendre Behl, who also wrote a book on parenting titled The Modern Gurukul published last year, shared the dais and discussed her experiments with parenting.
"Parenting is the most difficult job in the world and for a single person it is even more difficult. I seriously bow to those who do it single handedly," said Sonali, whose 11-year-old son Ranveer was also present at the event.