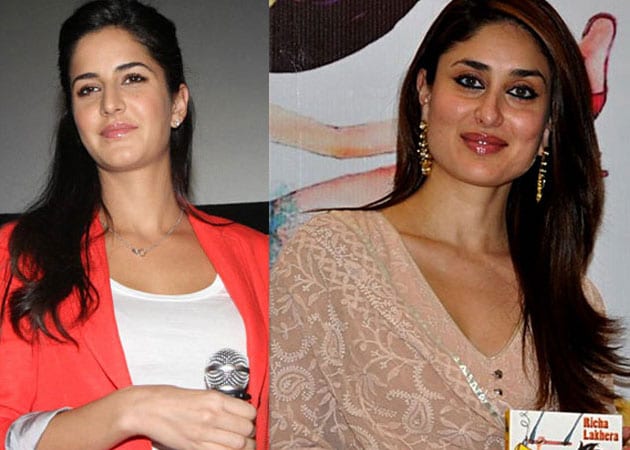 The Central Board of Film Certification (CBFC) has asked director Ashuu Trikha to alter the lyrics of an item song in his latest flick Enemmy.

The Central Board of Film Certification (CBFC) has asked director Ashuu Trikha to alter the lyrics of an item song in his latest flick Enemmy.
The song, performed by singer Mumait Khan mentions the name of four women that allegedly correspond to the names of Bollywood actresses Katrina Kaif, Kareena Kapoor, Bipasha Basu and Priyanka Chopra. However, Trikha has now been asked to alter the names with the words 'Miss India' and 'Miss World' respectively.
The original lyrics, written by Shabbir Ahmed were: Mujhko pataane ka hai tension, Udaaye koi rokda udaaye pension/ Dil pe kadam jo main rakh doon/ Katrina ko Kareena ko paani kam chai kar doon... Bipasha ko Priyanka ko, paani kam chai kar doon.
Trikha is, however, miffed that he has been asked to alter the lyrics.
"Kareena, Katrina, Bipasha and Priyanka are for me not the actresses but just four names," he said.
"The song mentions four common Indian names which the Censor Board, in its wisdom, thinks refer to four popular Indian actresses. They wanted us to get a verbal NOC (no-objection certificate) from these actresses before clearing it," said Trikha.
He is astounded by the logic applied to the song.
"My argument is very simple. Why does the Censor Board believe that the names mentioned in the song are exclusive to the actresses? There are hundreds of girls and women with the same names," said Trikha.