Celebrities like Amitabh Bachchan, Shah Rukh Khan, Akshay Kumar and Ajay Devgn have condemned the cowardly act and stated that, 'enough is enough' 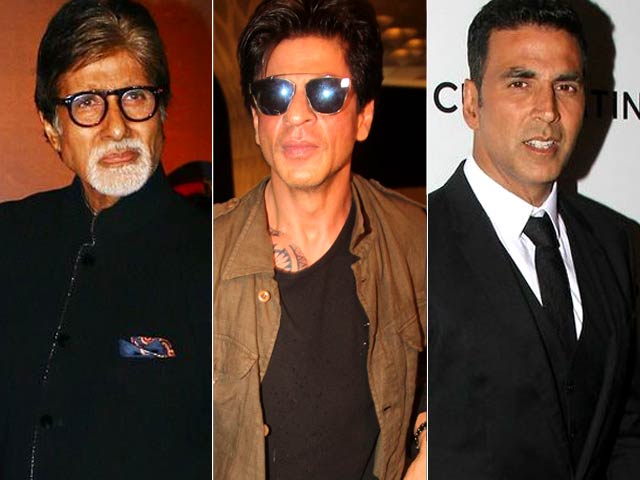 The terror attack at an army base in Jammu and Kashmir's Uri on Sunday killed 17 soldiers and like the rest of the country it has angered the Bollywood as well.
Celebrities like Amitabh Bachchan, Shah Rukh Khan, Akshay Kumar, Ajay Devgn condemned the cowardly act and stated that, 'enough is enough'.
Big B was 'extremely sad' as he tweeted:

SRK offered his condolences and hoped that the terrorists be punished soon.


Saddened to hear of the cowardly attack in Uri. Prayers for the families of our martyred soldiers. & may the terrorists b punished soon!

Akshay and Ajay  made their anger evident when they tweeted:


Can't believe it.. Sooo disturbed by the #UriAttacks!!!! Heart goes out to the families of all or brave jawans sacrificed their lives!!!!!

India weeps for the martyred jawans who have laid their lives down for the country. Let us support our PM in whtever action he takes on ths

Deeply Saddened to hear of the cowardly attack in Uri.
My prayers for the martyrs & their beloved families. #UriAttacks

The world has got to be a better place than it feels right now... #Peace#OneWorld#StopKilling

Shame on perpetrators of #UriAttack You are pathetic cowards espousing a bankrupt ideology of extremism! Salute to our soldiers

They lived to be called a Martyr #UriAttack this needs to stop now. India needs to reply to this. @narendramodi

Deeply Saddened to hear of the cowardly attack in Uri. Prayers for the families of our martyred soldiers...

Cowardly attack on uri... Prayers with all .. Another disgusting attack.. So many innocents suffer for no fault of their own


Deepest condolences to the families of #UriAttack martyrs who laid down their lives fighting for their motherland.

This is really sad & an attack on the state.There will never be peace till there is violence 2 achieve it #UriAttackhttps://t.co/MF3abBGipz

The nation bleeds every time a soldier loses his life! Deeply aggrieved by the loss of 17 brave lives in #UriAttack