Esha Gupta: I Owe My Bollywood Career to Modelling 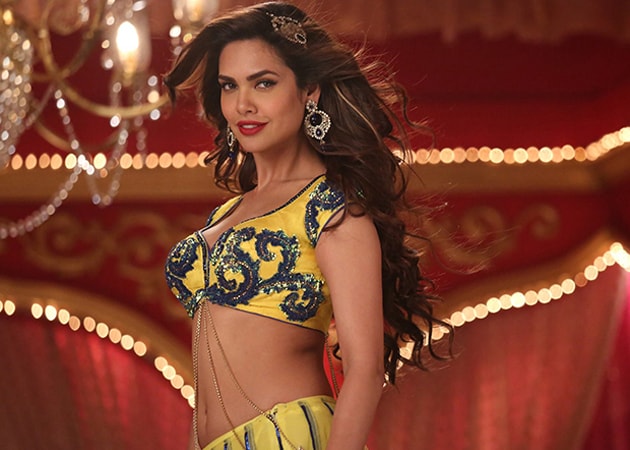 Esha was last seen in Humshakals

Esha turned a contemporary Christian bride on the ramp for designer Jyotsna Tiwari at the India Bridal Fashion Week.

Esha Gupta has credited her modelling days for her stint as an actress in Bollywood. The Humshakals actress, who started off her career in showbiz as a model, was the show-stopper for her designer friend Jyotsna Tiwari on the final day of India Bridal Fashion Week. (Also read Why Esha Gupta Told Her Parents to Avoid Humshakals)
"I started my career as a model and if I am standing here as a show-stopper, it is all due to my modelling. It made me an actress and gave me my much-needed break. I still get nervous when I walk on the ramp and still seek for blessings before starting the catwalk. I owe a lot to it, " Esha told reporters after the show.
Esha turned a contemporary Christian bride on the ramp. She completed the look of the bride in a flowy gown and a veil covering her head. "I am happy to wear such a contemporary wedding gown which does not make me look sexy. She gave me something which is young and contemporary," she added.
Asked if she would like to be dressed as a contemporary bride and do a Christian wedding, the 28-year-old actress said, "My mother would kill me if I don't do Indian traditional wedding and my father wants an Arya Samaj way of wedding. But I have no wedding plans for next ten years." Esha said she is yet to sign something substantial in Bollywood after Sajid Khan's Humshakals and is currently gearing up for her debut international project which she will start shooting in October.
Jyotsna's collection was titled 'Under the Stars'. The silhouette ranged from pre-draped sarees, evening gowns, crafted lehengas to voluminous anarkalis in pastel shades.