"If I have to rate our performance in the film, I would say that these kids performed ten times better than what I did. No, I am not exaggerating anything. Once the film releases, the audience will understand," said Aamir Khan 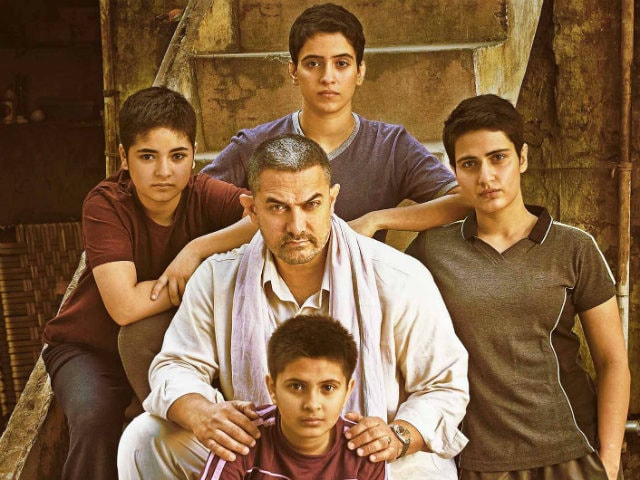 A poster of Dangal

Actor Aamir Khan, often referred to as the Mr Perfectionist of Bollywood, says all younger actors of his upcoming film Dangal performed better than him even if it's their debut project.
Talking about the acting skills of the child actors, Aamir said: "If I have to rate our performance in the film, I would say that these kids performed ten times better than what I did. No, I am not exaggerating anything. Once the film releases, the audience will understand. I have been working in the industry for last 25 years, but these kids are highly talented."
The film Dangal, directed by Nitesh Tiwari, is based on the true story of Mahavir Singh Phogat, who taught his daughters Geeta and Babita wrestling. They later won medals in Commonwealth Games.
The casting team spent almost eight months to shortlist actors from across the country.
After three months of auditions, they finally chose Fatima Sana Shaikh, Sanya Malhotra, Suhani Bhatnagar and Zaira Wasim. Fatima plays Geeta Phogat and Suhani plays the character of young Babita Kumari in the movie.
Emphasizing on the importance of casting child actors, Aamir said: "After deciding to make the film, I and Nitesh were sure about the fact that if we cannot cast the right kid, we would not make the film. The major part of the film is dependent on their performance. It was not acting, but physical fitness for wrestling."
Sharing her excitement, Zaira said: "When I finally got to know after audition and a month long wait that they have selected me and I was going to act with Aamir Khan, it took me a while to consume the reality. I think I asked the production guy five times that if they are sure."
"I had a gala time shooting with the whole team of Dangal. Though he played a Haanikarak Bapu in the film, he is just the opposite on set. He is fun-loving, down to earth and treats everyone equally," Zaira added.
On the other hand, according to Aamir: "I learnt a lot of pranks from these kids. I always believe that I am yet to grow up, and still a child from within. Working with these kids made me enjoy that."
Dangal is releasing on December 23.